He Previously Rescued a Woman Who Had Jumped into a River 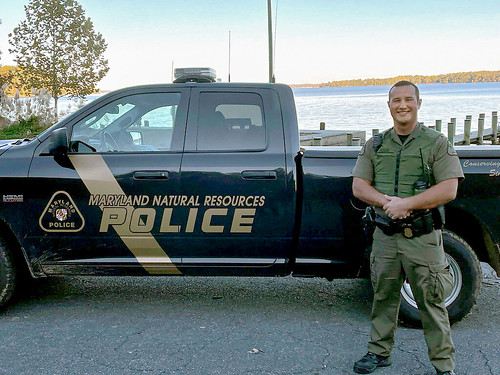 A Maryland Natural Resources Police officer prevented a suicide for the second time in two months.

On Dec. 29 at about 6:30 p.m., Officer First Class Jacob Gerczak was on patrol near the Chesapeake City Bridge when he observed a woman leaning over the safety railing of the bridge. The five-year veteran, who in October had rescued another woman after she jumped into a river, recognized the signs that she might be suicidal and turned his patrol vehicle to approach the woman.

As Cecil County Emergency Services also arrived on the scene, Officer Gerczak could see the woman was distraught and crying. As he approached her, the officer calmly asked if they could talk. Fortunately, the woman was open to discussion and confided that she was depressed. The officer convinced her to step away from the railing and walk to his patrol vehicle to continue their conversation. As the woman stepped away from the barrier, she became very emotional.

Officer Gerczak remained supportive and after a lengthy conversation, the woman hugged and thanked him, saying she had planned to jump from the bridge. After the officer reassured her and offered other helpful resources, the woman was transported to a nearby hospital for further evaluation.

“Officer First Class Gerczak has shown true dedication as an NRP officer. His commitment to protecting Maryland’s citizens is invaluable,” NRP Superintendent Col. Adrian Baker said. “NRP is grateful to compassionate and dedicated officers in our agency that would put their lives on the line to save another.”

In late October, Gerczak was on patrol in the Chesapeake City area when he observed a woman standing on the end of a pier overlooking the Bohemia River. Moments later, the woman jumped from the dock into the river. Without giving it a second thought, he immediately jumped into the chilly waters to rescue her. After calmly speaking and reassuring the terrified woman, he safely removed her from the water by holding her and swimming back to the pier.