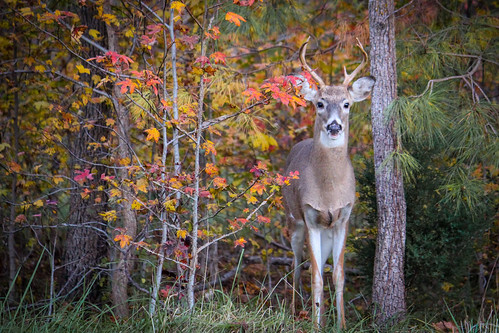 The Maryland Department of Natural Resources reports that hunters harvested 16,281 deer during the early portion of the archery and muzzleloader seasons. The harvest was a 17% decrease from last year’s official harvest of 19,616 deer for the same period.

The early season harvest decline was attributed to multiple factors, including warm weather during the first part of the archery season, abundant natural food resources that slowed deer movements, and some lingering effects from an epizootic hemorrhagic disease (EHD) outbreak in some Region B counties last year. EHD occurs annually in Maryland and does not have long-lasting effects for the deer population, nor is it harmful to humans.

The two-month harvest included 9,483 deer taken during the archery season and 6,719 harvested during the October muzzleloader season. An additional 79 deer were reported during managed hunts. The archery harvest decreased 30% while the muzzleloader harvest increased 11% compared to the previous year. Hunters harvested 1,208 sika deer as part of the total.

Hunters harvested 879 deer on Sundays that were open to archery hunting during the period, accounting for 9% of the total archery harvest.