Conservation Officers Cited for Going Beyond the Call of Duty 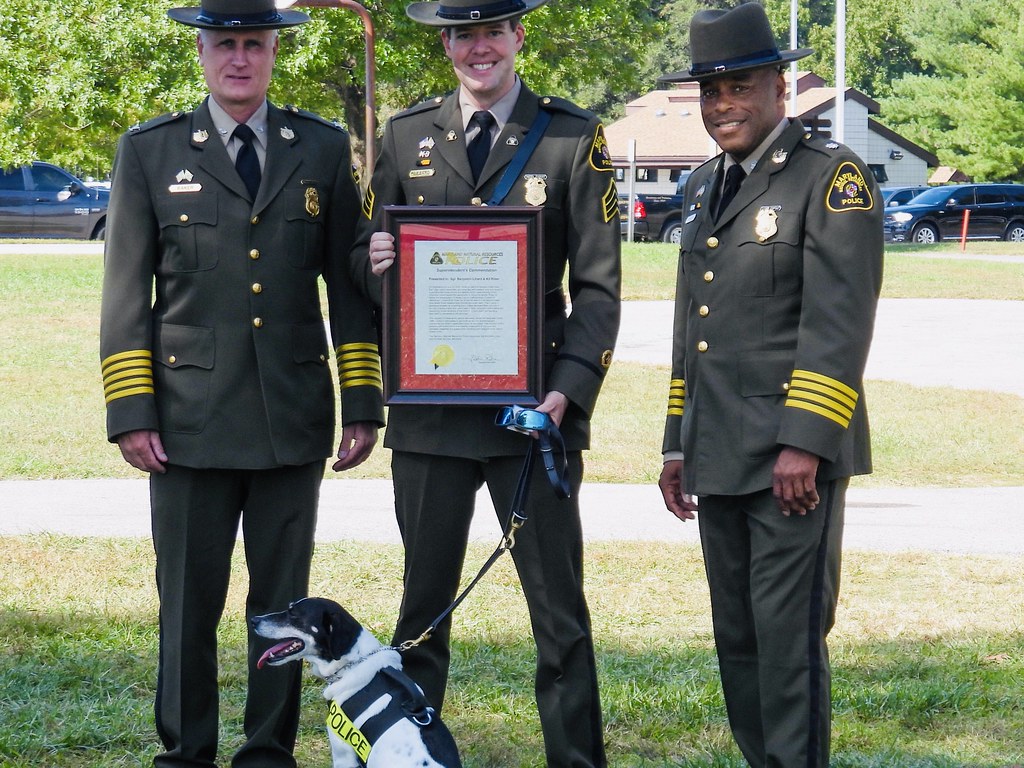 The Maryland Natural Resources Police held its annual award ceremony at Sandy Point State Park Oct. 2 to recognize contributions to conservation law enforcement made by officers in the year 2020. During a year that presented many challenges and difficulties, NRP officers remained steadfast and more committed than ever to protect their community, wildlife, and natural resources.

The ceremony began with the official swearing-in of Deputy Superintendent Lt. Col. Robert Kersey, who was appointed in June. NRP Superintendent Col. Adrian Baker and Kersey then presented more than 100 awards to several officers during the ceremony, which was hosted by Captain Melissa Scarborough.

”Last year presented its challenges, however our officers continued to protect Maryland’s residents and visitors on public and private lands and waterways, some even putting their lives on the line,” Col. Baker said. “I’m very grateful to have these hardworking and dedicated men and women that went above and beyond.”

Individual officers and staff that were honored are:

Officer First Class Brian Heckman received the Medal of Valor, the agency’s highest award, for assisting with a high-risk arrest in January. Heckman helped Harford County sheriff’s deputies after hearing a call for a suicidal subject. While heading toward the scene, Heckman heard gunshots but remained undeterred. When he arrived, he immediately instructed nearby citizens to shelter in place and assisted responding officers with maintaining a perimeter to ensure the safety of all involved. Fortunately, the hostile incident came to a safe end, and the suspect was taken into custody.

Corporal David Wilkinson, assigned to the Lower Eastern Shore, was named the 2020 Officer of the Year for his rigorous pursuit in pursuing violators of Maryland’s wildlife laws.

Officer First Class Andrew Cummins of the Southern Region was honored as Boating Safety Officer of the Year.

Administrative Officer Shakira Johnson was awarded the Support Services/Special Services Officer of the Year award for her commitment and dedication. Last year, when the NRP communications center was understaffed, Johnson stepped in to help while also attending to her own duties.

Sergeant Benjamin Lillard, K-9 Handler and supervisor in the Central Region, was awarded the Superintendent’s Commendation, an Award of Merit, and was named Maryland Park Service Officer of the Year.

As family and friends watched, each officer accepted their award and was praised for their high achievement and going beyond the call of duty to serve.

Photos from the ceremony area available on the DNR website.