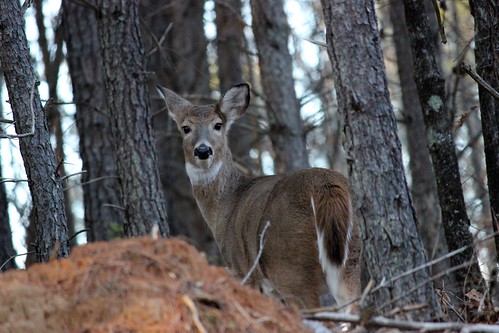 The Maryland Department of Natural Resources announced that hunters harvested 29,124 deer during the two-week firearms season from Nov. 26 through Dec. 10. The firearms season harvest was 10% higher than last year’s official count of 26,584.

“The firearm season remains our most popular hunting season,” Wildlife and Heritage Service Director Paul Peditto said. “We’d like to thank those hunters who participated this year and contributed to helping manage Maryland’s healthy deer population.”

An outbreak of epizootic hemorrhagic disease (EHD) in Somerset, Wicomico, and Worcester counties continued to cause a decrease in the harvest there this year. EHD occurs annually in Maryland deer and does not have long-lasting effects for the deer population, nor is it harmful to humans.

More than 2,500 deer were taken on the two Sundays during the season, representing 9% of the total harvest. Deer hunting on Sunday is currently permitted on select Sundays in 20 of 23 counties.