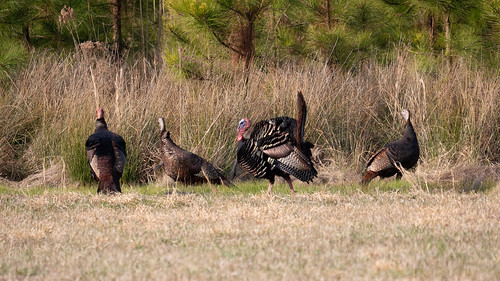 Maryland hunters harvested 4,208 wild turkeys during the spring 2022 regular and junior turkey seasons, the Maryland Department of Natural Resources reported. This year’s harvest was 8% higher than the 2021 harvest and just 2% below the record harvest of 4,303 set in 2020.

“Although certain areas have experienced declines in turkey populations, some regions of the state now hold record-high numbers of turkeys,” Wildlife and Heritage Service Director Paul Peditto said. “The growth of turkey populations in areas such as the Baltimore-Washington corridor provides hunters with exciting new opportunities to get afield where they might not have had success in the past.”

The percentage of juvenile turkeys or “jakes” reported in the harvest was 24%, the highest level since 2011. The increase can be attributed to the Brood X cicada emergence in the summer of 2021 that provided abundant food for newly-hatched turkeys and increased survival of the young birds.

Youth hunters kicked off the spring turkey season statewide on April 16 with the Junior Turkey Hunt. An additional junior hunting opportunity occurred on April 17 in select counties. In total, junior hunters harvested 286 wild turkeys, accounting for about 7% of the total spring harvest.

Total harvests by county are below: