The Year of Harriet Tubman 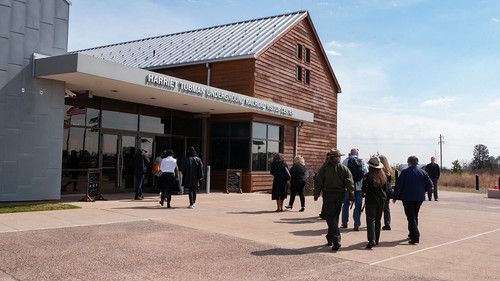 March 2022 marked the bicentennial of Harriet Tubman’s birth, and the fifth anniversary of the Harriet Tubman Underground Railroad State Park and Visitor Center in Church Creek, Dorchester County. Through the weekend of March 12-13, more than 1,500 people attended the events celebrating Tubman’s bicentennial, despite cold and snowy weather. It was obvious people were ready to celebrate Tubman! 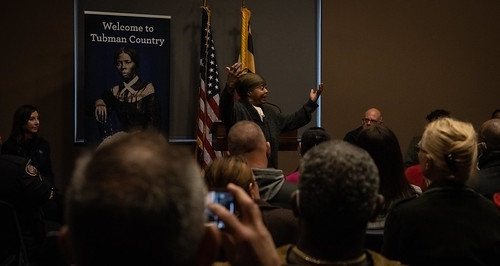 Opening the event was a visit from Harriet Tubman herself—as portrayed by living historian Millicent Sparks. Governor Larry Hogan began the celebration on Saturday, March 12, when he proclaimed 2022 to be “The Year of Harriet Tubman,” presenting a citation to Tubman’s family members who attended. 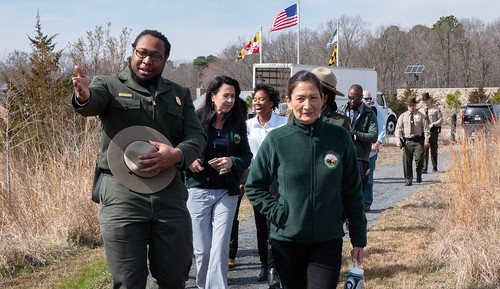 Although Harriet Tubman Day commemorates the anniversary of her passing on March 10, 1913, historic experts have determined her birth occurred during the first half of March. Harriet Tubman was born to Ben Ross and Harriet “Rit” Green, and given the name Araminta “Minty” Ross at birth. Her family was enslaved by the Thompson family in Dorchester County. She later adopted her mother’s name, “Harriet,” and the last name of her first husband, John Tubman. 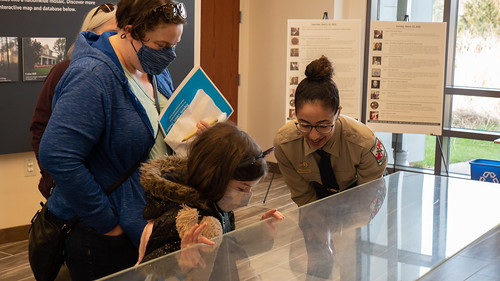 Among the artifacts on loan from the Maryland State Archives for the celebration was Anthony Thompson’s ledger dated March 15, 1822, where he stated he had spent $2 for a midwife to assist Rit with a childbirth—the child’s name is not mentioned, but it is most likely Araminta’s birth.

Also on display were items recovered from the site of her father Ben Ross’ cabin, which was recently discovered in the nearby U.S. Fish and Wildlife Service Blackwater National Wildlife Refuge and excavated by Maryland Department of Transportation archeologists.

Tubman escaped enslavement and fled to Pennsylvania but subsequently returned to conduct about 13 missions to rescue approximately 70 enslaved people, including family and friends, using the network of antislavery activists and safe houses known as the Underground Railroad.

Harriet Tubman is revered in Maryland and nationwide as a freedom fighter, leader, and humanitarian. During the past five years, Harriet Tubman Underground Railroad State Park and Visitor Center has welcomed more than 300,000 guests from nearly 70 countries to this park, sharing Harriet Tubman’s story of incredible sacrifice and determination. Her influence and legacy are uniquely inspirational.

Throughout the year, the park’s expert staff, known as “Team Tubman,” are hosting special programs to honor the life and legacy of the abolitionist and suffragist. 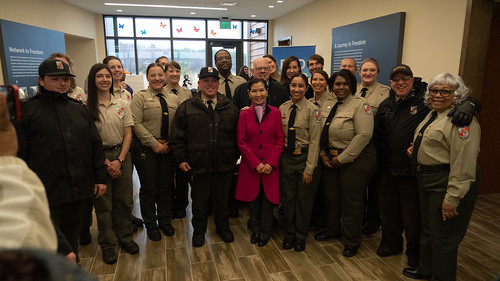 Governor’s Proclamation: “Year of Harriet Tubman”
Whereas, Harriet Ross Tubman, was born into slavery in Dorchester County, Maryland, in March 1822, now, 200 years later, we honor her brilliant life and enduring legacy as a leader, a hero, and an unparalleled force for moral justice.

Whereas, Tubman, known as “The Moses of Her People,” recognized a higher authority and more righteous justice than the laws which held her in bondage, she sought and succeeded in not only forging her own path to freedom, but in returning again and again, risking all as a conductor on the Underground Railroad, so that others too might taste the fruits of liberty.

Whereas, Tubman continued her life in service to her nation’s highest ideals during the Civil War as a Union Army nurse, spy, and as the first woman to lead American troops in combat; and after the war as a civil rights leader and early voice in the fight for women’s suffrage, she always stood firmly alongside the nation’s better angels.

Whereas Harriet Ross Tubman spared hardly a day of her 91 years of life from her valiant fight for freedom, she has become a venerated daughter of the state she once fled, a North Star for all Marylanders who seek justice, equality, and service to our shared community.

Now, therefore, I, Lawrence J. Hogan, Jr., Governor of the State of Maryland, do hereby honor Harriet Ross Tubman—liberator, soldier, civil rights leader, suffragist, and embodiment of Maryland’s state motto, “Fatti maschii, parole femine,”—“Strong deeds, gentle words,”—in proclaiming 2022 as “The Year of Harriet Tubman” in Maryland, a celebration and commemoration of Harriet Tubman and her incomparable deeds and unwavering commitment of freedom for all, and do commend this observance to all Marylanders.

Gregg Bortz is the Media Relations Manager for the department. Article appears in Vol. 25, No. 2 of the Maryland Natural Resource magazine.