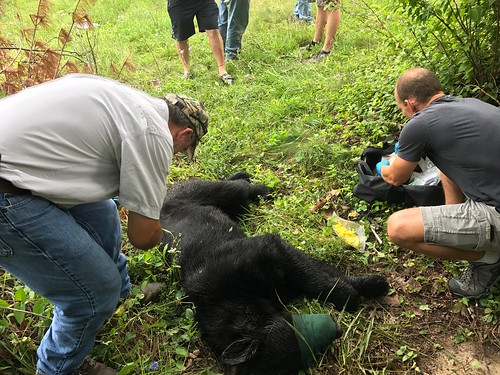 Maryland’s black bears are leaving their winter dens and as they emerge, they are hungry. Bears will be searching for natural food sources such as acorns, plants, berries, and insects. With natural food sources in short supply until later in the spring, bears can be attracted to anything that smells like food.

“Keeping bears wild continues to be a community effort that benefits bears and people,” said Wildlife and Heritage Service Director Paul Peditto. “Using care to avoid attracting bears now will help keep them away throughout the year and ensure they remain in the wild.”

Bears are most common in Maryland’s four westernmost counties – Allegany, Frederick, Garrett, and Washington. However, they can be found anywhere in central and southern Maryland, particularly during spring when young male bears tend to wander into new areas looking for a chance to establish their own territory.