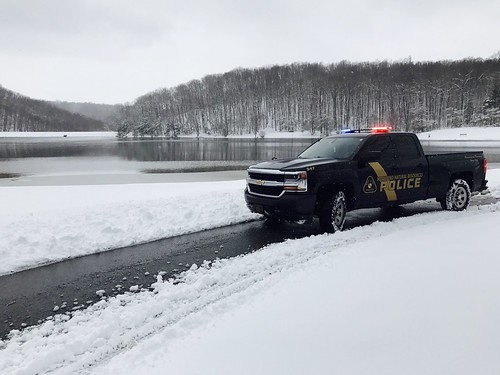 NRP officers charged a Pennsylvania man with spotlighting deer in Allegany County. On Jan. 15, police conducting surveillance in Cumberland observed a vehicle stop and an occupant shine a spotlight into a field. According to police, the car drove about 50 yards to a pull-off. Suddenly, the occupant shone a light out of the window again, scanning the woods. Officers conducted a conservation stop and identified the driver as a 17-year-old juvenile, with a passenger as Cody Lee Roberston, 20, whom police say had a handheld spotlight in his hand. As a result, police charged Roberston with spotlighting, and the juvenile was issued a warning. In addition, Robertson faces up to $1,500 in fines.

Officers issued $21,000 in citations to a Harford County man for poaching deer. Police say they learned Walter G Dunaway, 63, had killed seven antlerless deer with a firearm on private property in Forest Hill between Jul. 6, 2021, and Aug. 30, 2021, while deer season was closed. According to police, Dunaway reported the deer using an invalid deer management permit number. Officers arrived at Dunaway’s residence Jan. 27, and he told officers that he was performing deer management services. However, police learned that Dunaway’s permit expired last February, and also could not locate a valid deer management permit issued for the address that Dunaway hunted on for the 2021- 2022 season. Dunaway was also unable to provide a valid deer management permit to match the permit number used for the deer harvest report. As a result, Dunaway was issued seven citations each for hunting mammals during closed season and knowingly making false statements or recording false information when tagging or reporting the harvest of any deer.

Police charged a Washington County man with poaching a deer on private property. On Jan. 7, NRP responded to a call of shots fired on a property in Funkstown. Upon arrival, officers saw a blood trail that led to a parking area, and then to a residence owned by Wesley Babbie, 25.. Initially, Babbie denied shooting the deer, and claimed he had killed a deer with a bow two days earlier on a different property. Babbie showed officers the harvested deer in his garage. Police observed the deer was untagged, had a bullet hole, and its blood was still fresh – after which Babbie admitted to shooting the deer on private property. Police cited Babbie for hunting without permission, failing to record the harvested deer, and failing to attach a field tag before moving it from the place of kill. He faces up to $4,500 in fines.

A Washington County man faces charges for hunting and traffic citations. On Jan. 29, officers received a tip that Charles Kemp, 24, was hunting on private property in Keedysville. When officers arrived, they observed Kemp wearing camouflage and exiting a pop-up blind. Kemp told police that he shot an antlerless white-tailed deer, and it ran onto the neighboring property and died. Kemp told police he had permission from the property owner to retrieve it. However, police learned that  Kemp’s blind was on a property he did not have permission to access. During their investigation, police also discovered Kemp’s vehicle had registration tags belonging to another vehicle, and Kemp could not produce a valid hunting or driver’s license. Officers also learned that Kemp killed an antlerless white-tailed deer last December but failed to check it in with the Department of Natural Resources. Police charged him with displaying registration plates issued for another vehicle, hunting on private lands without permission, and failing to report a deer kill. Kemp faces up to $4,570 in fines.