Striped Bass Reproduction Below Average, Other Species Strong in Rivers 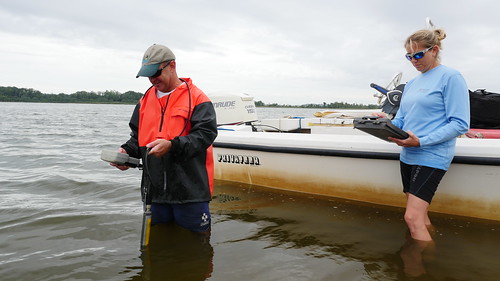 The Maryland Department of Natural Resources announced results of this year’s juvenile striped bass survey, which tracks the reproductive success of the iconic fish in the Chesapeake Bay. The 2021 young-of-year index is 3.2 which is slightly higher than last year but still below the long-term average of 11.4.

The coastal striped bass population has decreased in size, but is still capable of strong reproduction with the right environmental conditions. Variable spawning success is a well-known characteristic of the species. The index is slightly higher than 2020 but consecutive below average indices are a concern, and biologists continue to examine factors that might limit spawning success. 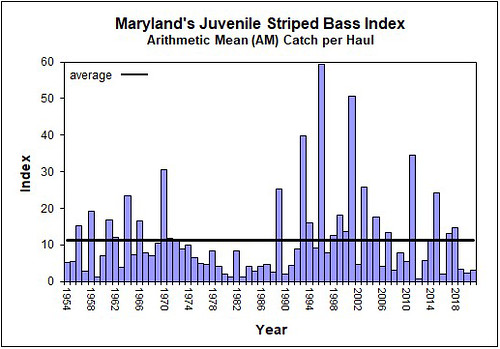 Other noteworthy observations of the survey were increased numbers of Atlantic menhaden in the Choptank River and healthy reproduction of American shad in the Potomac River. The survey also documented reproduction of invasive blue catfish in the upper Chesapeake Bay for the first time.