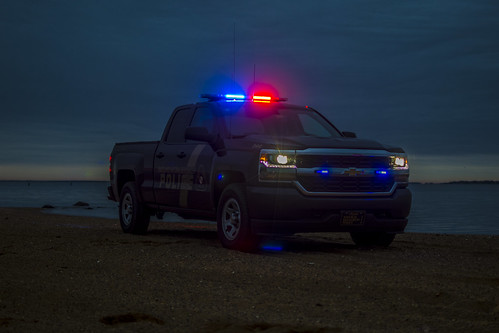 The Maryland Natural Resources Police (NRP) announced charges for individuals throughout the state for illegal activities including boating while intoxicated, drunk driving, illegal fishing, and more.

A Frostburg man was arrested on Aug. 1 for impaired driving after crashing his motorcycle into a bush at Rocky Gap State Park in Allegany County. Police say they were flagged by park staff and notified of a motorcycle swerving off the road on Lakeshore Drive near the park’s entrance. Police say the driver, Harry Skidmore III, 31, showed signs of alcohol impairment, and was given a field sobriety test. After receiving the results of the test, police issued Skidmore four citations for impaired operation. He is scheduled to appear in court at a later date.

Officers on patrol in Deep Creek Lake charged a Virginia man for operating a vessel while intoxicated on Aug 4. Police say they observed a boat  traveling without navigation lights after sunset. When officers spoke with the driver, Reid McDonald, 21, they observed McDonald had slurred speech and bloodshot eyes, along with odor of alcohol. He was escorted back to shore and given a field sobriety test. After obtaining the test results, police issued McDonald four citations for impaired operation and one citation for negligent boating. He faces up to 14 months in prison and $1,185 in fines. He is scheduled to appear in court in late September.

A Pennsylvania man was issued 11 citations for impaired and negligent operation of a vessel Aug. 5 in Anne Arundel County. At about 8:55 p.m. that night, police on boat patrol observed a vessel traveling at excessive speed and without the required navigational lights. Officers activated their emergency lights to conduct a vessel stop, but the operator continued to travel another 50 yards before being alerted to stop by a passenger. Officers instructed the operator, Richard Klein, 63, to turn on his navigational lights. According to police, Klein had difficulty finding the switch and needed a passenger to assist him. Additionally, officers found that Klein did not have any life jackets or fire extinguishers on his vessel and his flares were also expired.  After observing that Klein had slurred speech, bloodshot eyes, and an odor of alcohol, police escorted him to shore to conduct a field sobriety test. Based on police observations and the field sobriety test results, Klein was issued four impaired operation citations, three safety equipment citations, and four negligent citations. He is scheduled to appear in court at a later date.

Police arrested a Salisbury man who drove a stolen car while impaired. Officers on patrol in Wicomico County on Aug. 9 observed an individual pacing back and forth near a vehicle stopped in the road. Officers checked on the individual, Kiontre Baker, 26, and observed that he smelled like alcohol, was very anxious, and had trouble staying still. Baker initially told police he wasn’t operating the vehicle but later admitted he was. Officers on the scene said they found an open alcoholic beverage container. Police conducted a field sobriety test and based on the results arrested Baker for impaired driving. During their investigation, officers observed items in the car belonging to a woman who reported her car stolen a day earlier. Baker was also charged with unlawful taking of a vehicle. He is scheduled to appear in court at a later date. The car was returned to its rightful owner.