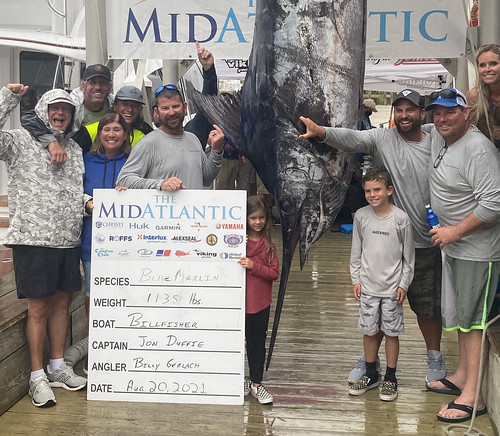 A Florida angler is the new Maryland state record holder for a blue marlin, which he caught in an August 20 tournament at Ocean City.

After a few hours of trolling 70 miles offshore near Washington Canyon, Gerlach said he “was praying for a bite,” when he felt a hit.  The battle to reel in the “grander” blue marlin took more than three hours, using a Joe Yee Super Plunger for a lure.

“I’ve been waiting for that bite my whole life,” Gerlach said. The blue marlin was donated to area food banks and parts of the fish were collected for scientific research.