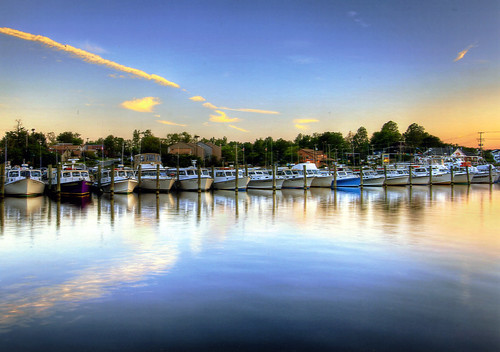 Boats come in all shapes and sizes, but one thing is universal on land or sea — “when you gotta go, you gotta go.”

It is illegal to discharge raw/untreated sewage from a vessel within U.S. territorial waters, which is anywhere within three miles of the U.S. Coast. This includes the entire Chesapeake Bay, the coastal bays, and their tributaries as well as inland lakes.

Federal regulations regarding vessels with installed toilets have been in effect since 1980 and have been enforceable by the U.S. Coast Guard. Effective July 1, 1997, a Maryland law allows the Natural Resources Police to enforce similar requirements.

When in Maryland waters:
If a boat has an installed toilet, it must be equipped with a Coast Guard approved Marine Sanitation Devices (MSD). There are three types of MSDs: Type I and Type II MSDs are systems that treat and sanitize the sewage to meet certain standards before discharging it into the water. Type I and Type II MSDs must have a certification label affixed by the manufacturer to prove they meet the standards of sanitation and total suspended solids in the effluent discharges.

Type III MSDs are simple holding tanks and do not need a certification label but they must be emptied ashore at a marine pumpout station.

Some boats with holding tanks also have a “Y” valve that allows the boat operator to direct the toilet discharge to either the holding tank or directly overboard—which is permitted once a vessel is more than three nautical miles offshore. Anywhere inside three miles of the coast, however, a Y valve must be secured to prevent the over-board discharge of raw sewage. If the vessel has a holding tank, all pathways for the overboard discharge of raw sewage must be blocked or secured by disconnection or physically blocking those onboard sewage lines of hull fittings.

The majority of recreational boats have holding tanks. Vessels 65′ and under may have any of the three types. Vessels over 65′ must have either a Type II or Type III.

Many of our waters have far too many nutrients from agricultural, residential, and stormwater runoff, which can cause algae blooms that result in lack of oxygen for other living resources.

A new NDZ will be finalized in the coming months encompassing the remaining waters in Anne Arundel County. NDZs have only been pursued by the state in areas with strong local support and a large number of pumpout stations. Complete information on No Discharge Zones in Maryland and details on the designation process can be found on the department’s webpage: dnr.maryland.gov/boating/Pages/pumpout/ndz.aspx.

More information on vessel sewage regulations and pumpout stations can be found at dnr.maryland.gov/Boating/Pages/pumpout/home.aspx.

Donna Morrow is the Program Manager for the department’s Chesapeake and Coastal Service. Article appears in Vol. 24, No. 3 of the Maryland Natural Resource magazine, summer 2021.