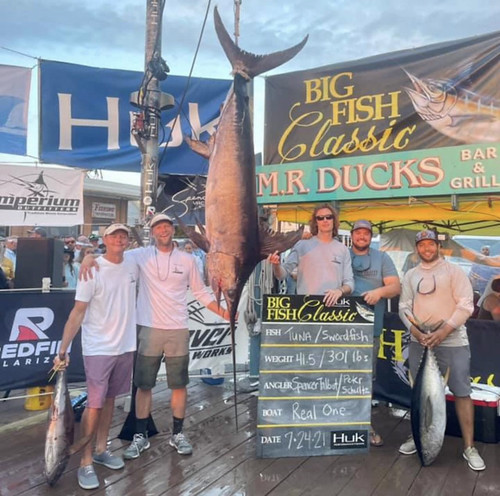 An Anne Arundel County angler is now the first officially recognized state record holder for swordfish, which he caught in a tournament July 23 at Ocean City.

Using a dead eel on a circle hook; Talica 50 reel with 65-pound braid line; and a 25-foot, 150-pound leader, Schultz and his team reeled in the fish following an epic, eight-hour effort.

Schultz describes the swordfish as a “fish of a lifetime” and credits his team for the record catch.

“We put so much effort into this,” Schultz said “Everyone had a crucial role.”