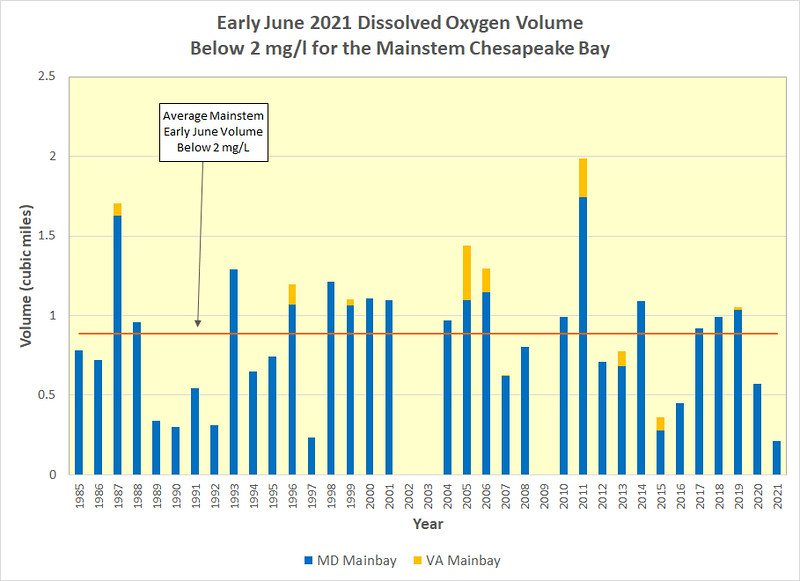 Data collected by the Maryland Department of Natural Resources (DNR) and Old Dominion University show that dissolved oxygen conditions in the Chesapeake Bay mainstem of Maryland and Virginia were better than average in June 2021. The hypoxic water volume — areas with less than 2 mg/l oxygen — was 0.21 and 1.28 cubic miles during early and late June monitoring cruises, compared to historical early and late June averages (1985-2020) of 0.89 and 1.31 cubic miles. The early June report ranks as the best on record, and late June was slightly better than average. 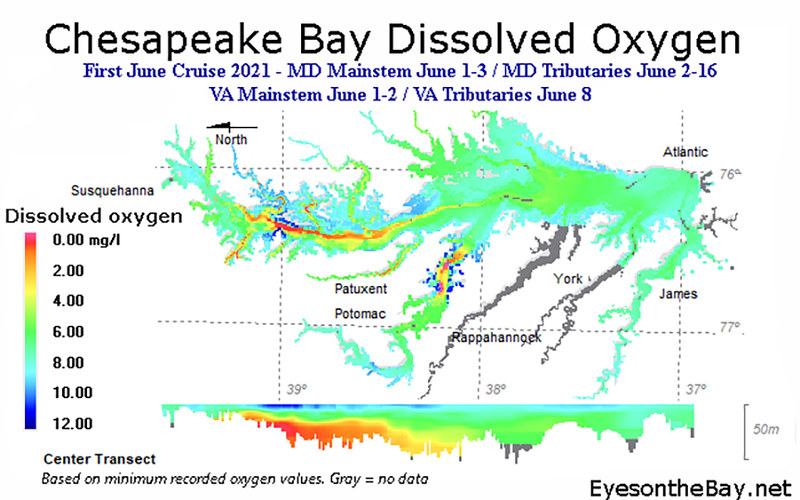 Additionally, within Maryland’s late June mainstem hypoxic waters, 0.26 cubic miles were anoxic — areas with less than 0.2 mg/l oxygen. Anoxia had not been present in the late June analysis since 2014.

Beginning this year, Maryland and Virginia are presenting combined results for the mainstem Bay, to be more comparable to the yearly seasonal forecast by the U.S. Environmental Protection Agency’s Chesapeake Bay Program, U.S. Geological Survey, University of Maryland Center for Environmental Science, and University of Michigan. 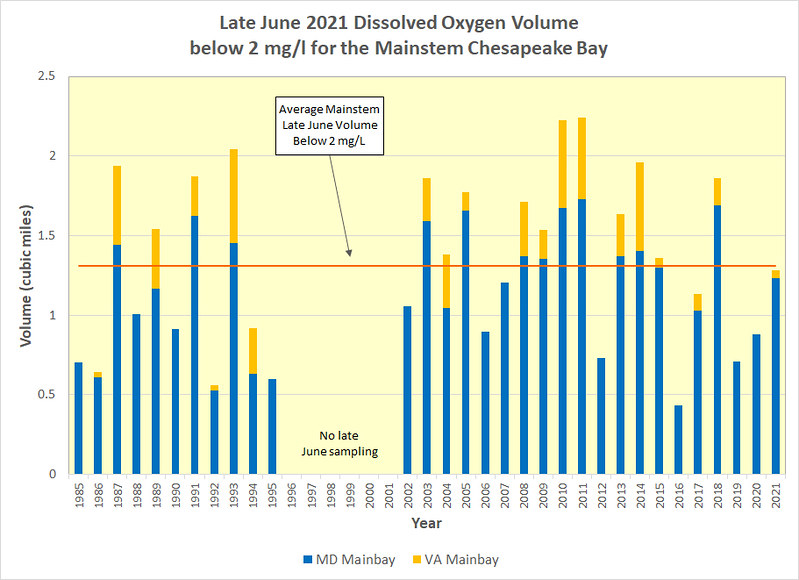 In late June, this forecast expected Chesapeake Bay mainstem hypoxic volume 14% lower than the 35-year average due to reduced river flows from January through May 2021, as well as less nitrogen carried to the Bay because of nutrient management efforts. Maryland and Virginia’s monitoring results thus far have matched the forecast of better-than-average conditions. 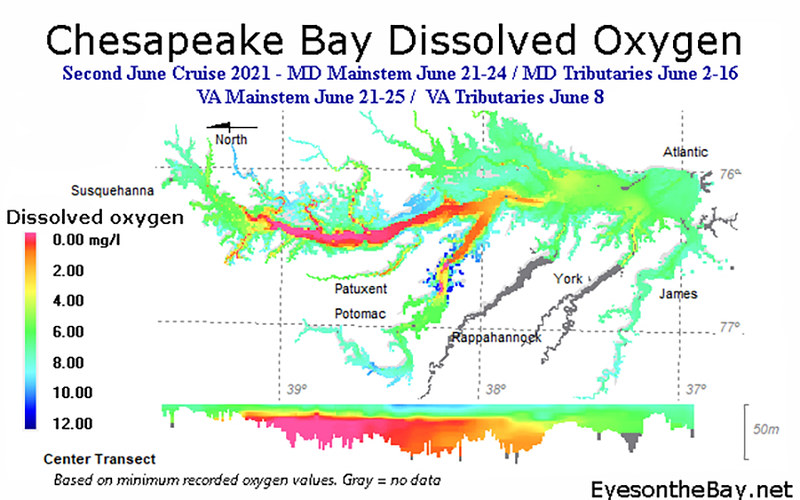 Each year from June through September, DNR collects these volumes in Maryland’s portion of the Bay and compiles them along with data collected by the Virginia Department of Environmental Quality.

Data collection is funded by these states and the Chesapeake Bay Program. Bay hypoxia monitoring and reporting will continue through the summer.  More Maryland water quality data and information, including DNR’s hypoxic volume calculation methods, can be found at DNR’s Eyes on the Bay website.