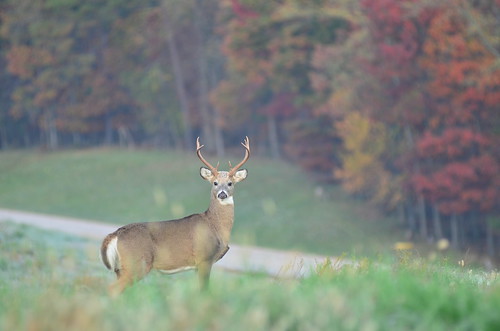 The Maryland Department of Natural Resources reported that deer hunters harvested 81,729 deer during the combined archery, firearms, and muzzleloader seasons, from Sept. 11, 2020 through Feb. 3, 2021.

Hunters harvested more than 8,000 deer on Sundays, comprising 10% of the total harvest. Hunting deer on Sunday is only permitted during certain weeks in 20 of Maryland’s 23 counties.

“Our deer population continues to be an invaluable resource for thousands of Marylanders,” Wildlife and Heritage Service Director Paul Peditto said. “Both consumptive and non-consumptive users enjoy deer, and the species generates millions of dollars in revenue for the state’s economy and for the conservation of Maryland’s other wildlife.”

The harvest in deer management Region A (Western Maryland) increased 10%, from 8,534 deer last year to 9,383 this year. Hunters in the western counties reported 5,470 antlered and 3,913 antlerless deer.

Frederick County had the highest reported harvest again this year, with 7,342 deer reported. Carroll County followed with 6,202 deer, and Baltimore County was third with 5,356. Garrett and Washington counties rounded out the top five with 4,904 and 4,712 deer, respectively.

Counties in southern Maryland experienced significant harvest declines for the season, primarily due to an outbreak of Epizootic Hemorrhagic Disease (EHD). EHD is common in Maryland and varies annually in location and severity. The 2020 outbreak is not expected to have long-term consequences for the local deer population.