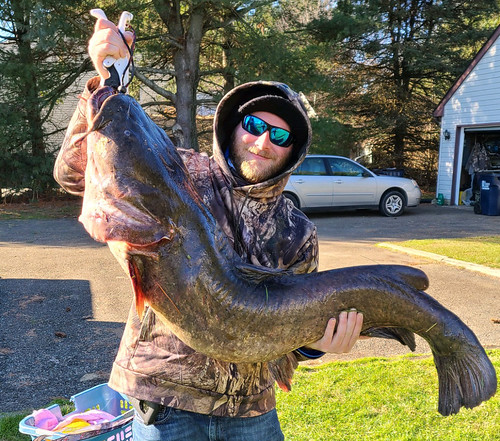 A Cecil County resident has officially been recognized by the Maryland Department of Natural Resources as the first-ever state record holder for the invasive flathead catfish. Joshua Dixon caught the 57-pound, 50-inch long flathead catfish (Pylodictis olivaris) on Dec. 27, 2020 fishing near the Lapidum Boat Ramp on the Susquehanna River.

The 34-year-old angler was fishing from shore with Zoom plastic swimbait, and said it took nearly 30 minutes to pull in the flathead. Dixon was using medium-weight spinning tackle, which added to the intensity and length of the battle.

“It was really weird because I thought I snagged a tree,” Dixon said. “It didn’t feel like a fish but after a while, it was going crazy.”

Dixon donated his record-breaking catch to friends who harvested the fish’s protein-rich filets.