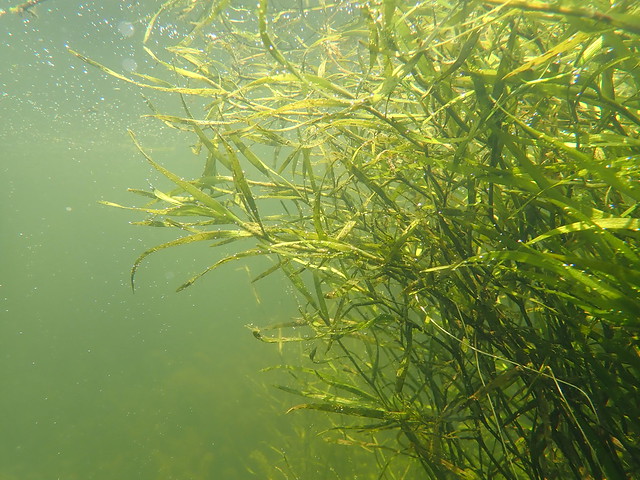 Submerged aquatic vegetation (SAV) is increasingly recognized as vital to aquatic ecosystems. Its importance is extolled during retellings of extreme weather events, e.g. how the widespread destruction of SAV following Tropical Storm Agnes in 1972 affected the Chesapeake Bay. The benefits of healthy underwater grass populations are easily observed: lately, anglers and boaters have experienced firsthand how the resurgence of SAV beds on the Susquehanna Flats has led to water so clear that the bottom of the bay is often visible 10 feet deep in midsummer.

Since the late 1990s, the Maryland Department of Natural Resources has been working with federal, state, and local partners to increase the acreage and diversity of SAV in Maryland’s part of the Chesapeake Bay. The department’s Tidewater Ecosystem Assessment Division has been doing this through direct restoration–planting plants or seeds of native SAV species in areas where they are not currently found.

In the early years, this team’s efforts focused on growing plants in laboratories and schools. Plants were started either by seeds or through cloning, grown for a few months indoors until mature, and eventually planted into the bay. Growing adult plants was expensive, time-consuming, and laborious. Moving adult plants to the water from wherever they had been grown was back-breaking work.

The effort needed help, so starting in 1999 the department partnered with the Chesapeake Bay Foundation to grow wild celery in Maryland schools. Students would plant and raise wild celery while doing in-class experiments, then bring their grasses to us and plant them. The “Bay Grasses in Classes” project expanded rapidly. By 2003 the partnership had 330 schools growing grasses and taking thousands of plants to many places through-out the state so the students could wade into the bay to plant them.

These efforts resulted in redhead grass beds in the Severn River, sago pondweed beds in the Magothy River, and wild celery beds in Long Creek and in several reservoirs including Piney Run Park and Clopper Lake. Some of those grass beds persist to this day, 20 years after planting. The program was successful, but expensive and time-consuming, and grant funds dwindled.

To keep restoration going, the department and partners had to find simpler and less expensive techniques. These were found in scientific journals of others doing SAV restoration using seeds. Some groups were collecting the flowering shoots of eelgrass and placing them in floating mesh bags, out of which the seeds would fall when fully developed. Instead of growing plants from seeds across several months, during which they require constant care, the researchers could spend a few days collecting seed-bearing parts of plants, spread them in suitable areas, and walk away to let the seeds fend for themselves. The team adopted these techniques immediately and have been using them ever since.

During this process, the team realized that planting adult plants yielded small restored beds due to the large amount of labor involved in growing and transplanting plants. After planting, managers relied on these restored plants to produce seeds. Gathering and planting seeds directly cut out the middleman. Instead of relying on a small number of plants to make seeds that could be eaten by waterfowl or blown onto shore, the team collected millions of seeds and placed them in appropriate growing areas. It worked!

Every year, funded by a small grant, a two-person crew from DNR spends a few days with Mike Norman of Anne Arundel Community College planting SAV seeds in late spring, then scouting for and collecting SAV seeds from all over the bay in late summer and fall. In 2020, DNR worked with the Mid-Shore Riverkeepers and the Nanticoke Watershed Alliance to plant seeds in the Sassafras, Miles, Chester, Tred Avon, and Nanticoke rivers.

DNR crews and volunteers collected millions of seeds of redhead grass, widgeon grass, sago pondweed, and wild celery. Working over the summer during the COVID-19 pandemic has been very challenging, with workers driving separately and carefully maintaining social distancing while working within the short window of time during which seeds are viable. 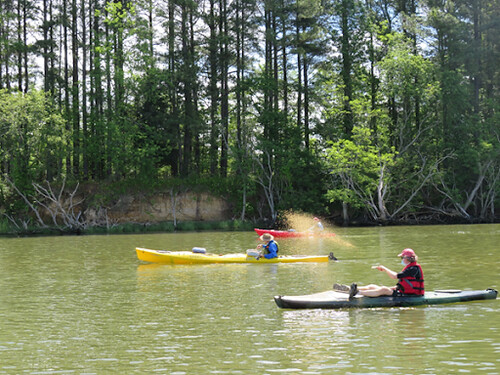 Team of biologists distributing redhead grass seeds in the Wye River, with Wye Island in the background (photo courtesy of ShoreRivers)

Recent successful projects have been documented in Kirwan Creek south of Kent Narrows, in the upper Chester River, on Pleasure Island, and on Gibson Island. A roughly equal number of plantings have failed, which is a pretty good track record for in-water restoration work. As with so many things, this restoration work is further evidence that a small group of motivated people can make a big difference for the bay!