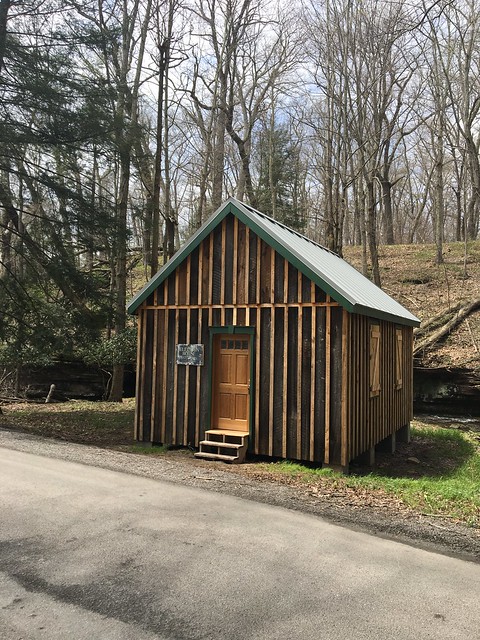 The community of Sang Run, Maryland has long stood as a close-knit gathering of neighbors located along the banks of Ginseng Run in western Garrett County. For more than 100 years, the Friends Store and the Sang Run Election House were at the heart of this small community.

Reputedly built in 1872, the Election House in this small, bucolic village has borne witness to epochal changes in history. People began casting ballots here shortly after the 14th Amendment protected the voting rights of emancipated slaves and other citizens. A half-century later the women of this Garrett County community would enter this building and begin voting with the passage of the 19th Amendment in 1920. The small polling house would serve until 1972—the first election after the 26th Amendment lowered the voting age from 21 to 18.

Election houses were small, purpose-built structures created specifically for voting. Today only a handful survive, and Sang Run is the oldest still standing in Maryland.

The Election House was on the property of the Friend Homestead site, which dates to the early 1800s. The property remained in the Friend family for more than 150 years before being gifted to the state of Maryland in 2007, under management of the Maryland Department of Natural Resources. 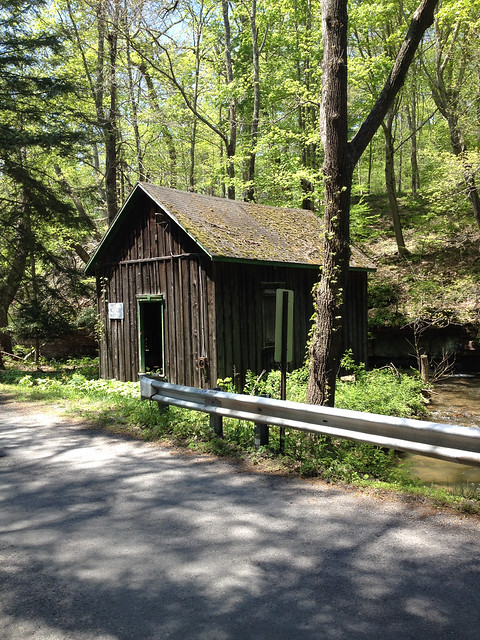 At the time of its transfer to state ownership in 2007, the balloon-frame structure was in fair condition, though it exhibited some weather and vandalism damage. Serious discussion about preservation work on the Election House began in February of 2011, followed by the Maryland Historical Trust’s approval of a stabilization project proposal in February of 2012. However, in the meantime, the structure began to deteriorate.

Significant funding and manpower from Deep Creek Lake State Park and community volunteers succeeded in keeping the structure from failing. In 2015, temporary frame stabilization was installed.

In 2018, DNR Engineering and Construction and Maryland Park Service staff assessed the Election House in preparation for work to begin in 2019. Using information gathered during the assessment, and the few existing historic photographs, DNR was able to develop a plan to return the Election House to its original circa-1872 appearance, whereby the Maryland Park Service dedicated the resources needed to have the project completed by park service staff. The core construction team would incorporate staff from Deep Creek Lake, Rocky Gap, New Germany, and Herrington Manor state parks, and eventually include crew members of the Maryland Conservation Corps. 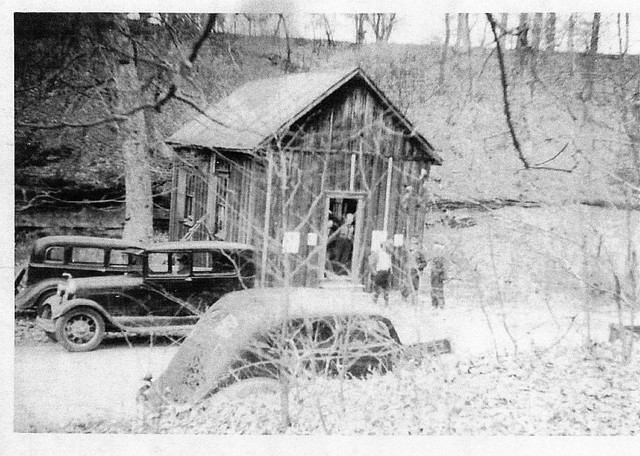 Election House in use during the 1930s

One of the most challenging aspects of the project was locating supplies of “period-appropriate” materials. The original framing and siding lumber was native species, rough-cut and weathered. After exhausting an extensive list of potential used-lumber sources, the team elected to contact an Amish-owned sawmill to supply hemlock siding, batten boards, and framing lumber. Other local milling firms supplied original pattern trim and an original pattern entry door using the required lumber species. In another building on the property, a supply of period-accurate 4-over-4 windows, with intact period glass, was located. The rural setting of this location and the geographic area was key in being able to get accurate materials in a cost-effective and timely manner. 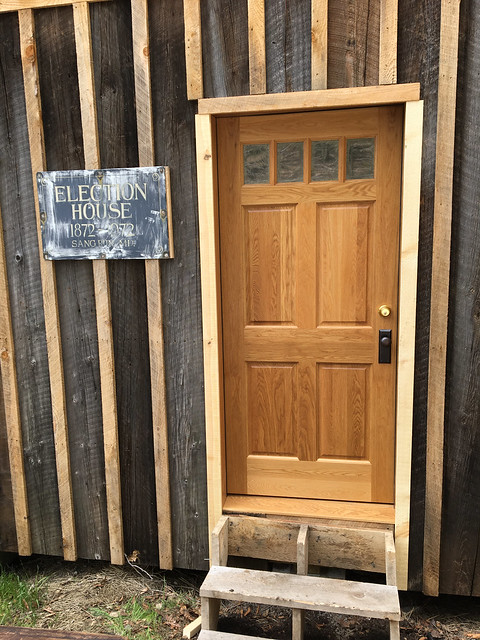 Physical work began on the building on June 7, 2019, with removal and salvaging of all reusable material. New piers were set and new beams and a subfloor were put in place. The walls were framed, taking care to restore the original window configuration, and the construction of the heavy hemlock roof trusses began. The trusses were lifted and set by hand 10 feet over the floor. The roof was sheathed with 1 x 12 lumber in keeping with the original construction methods and eventually restored with a period-accurate, custom-made standing seam metal roof.

Because there was not enough original lumber salvaged to cover the entire building, the restoration team decided to use the original siding on the most visible sides of the building and new hemlock siding on the remainder. As was done in the original construction, the siding was installed vertically. Handling this rough-cut material manually gave the entire crew a new appreciation for what it took to construct this building more than 140 years ago.

On April 23, 2020, the project was complete. The core construction crew were awarded a Maryland Park Service Superintendent’s Commendation Award. This read, in part: “Your efforts have distinguished yourself and the Maryland Park Service as we advance the longterm preservation of this significant historical landmark.”

During the project, many residents shared their memories of the Sang Run Election House with the restoration team, and expressed their appreciation of its being preserved. Several people remembered casting their first ballot in the building. Many others remember, as children, going along with their parents as they voted on Election Day.

The completed Sang Run Election House will be used for interpretive programs and special events. Plans to hold a ribbon cutting and celebrate Governor Hogan’s “Year of the Woman” centennial of the 19th amendment were unfortunately delayed due to the COVID-19 pandemic, but will be rescheduled.