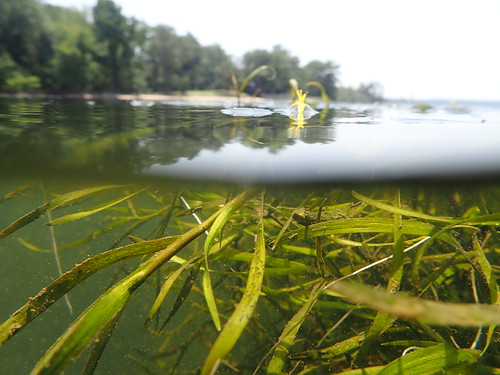 The Maryland Department of Natural Resources reports a second consecutive year of underwater grass loss in certain portions of the Chesapeake Bay in 2019 due to record high rainfall and stream flows into the bay. Some areas of Maryland’s portion of the bay, however, have shown improvements. During the annual survey, 39,151 acres of underwater grasses were mapped in Maryland, representing 49% of the state’s 2025 restoration target and 34% of its ultimate restoration goal of 114,065 acres.

While this is a decline from the record-high 62,357 acres of underwater grasses mapped in 2017, it was not unexpected. The high rainfall and stream flows into the Chesapeake Bay in 2018 and 2019 led to higher levels of nutrient and sediment pollution, poorer water clarity, and record low salinities in many of Maryland’s waterways. Because of these reduced habitat conditions, underwater grass abundance declined in 2018 and again in 2019.

Last year’s flows were even higher than those from Hurricane Agnes, which completely wiped out grasses in the upper Chesapeake Bay in 1972. The diversity of grasses present in the upper bay and tributaries makes those areas more resilient to stressors like the high flows observed in 2018 and 2019.

“If we continue to improve conditions in the Chesapeake Bay through baywide implementation of nutrient and sediment reduction actions, these important grass habitats will be more likely to recover despite extreme weather and flow events,” Maryland Department of Natural Resources Secretary Jeannie Haddaway-Riccio said. “Maryland remains committed to working with our Bay Program partners toward improving the health of the Chesapeake Bay and making continued progress on our restoration goals.”

In 2019, the largest declines in Maryland’s underwater grasses were observed on the lower Eastern Shore, particularly in Tangier Sound (more than 12,000 acres lost) and the Honga River (more than 3,600 acres lost). Losses were largely due to declines in widgeon grass, a “boom and bust” species that can rapidly increase or decrease from year to year. A similar decline was observed in 2003, after a rapid increase in widgeon grass in 2001 and 2002. Eelgrass, which prefers saltier waters, also declined in these areas, likely due in part to the record freshwater flows.

Despite the overall decline in statewide underwater grass abundance, some of the less salty and freshwater areas of the bay improved in 2019. Underwater grasses in all or part of eight Maryland rivers surpassed their restoration goals. These included the northern Chesapeake Bay at 107%; the Upper Chesapeake Bay at 142%; the upper Sassafras River at 176%; the Bush River at 158%; the upper Gunpowder River at 185%; the middle Chester River at 475%; the tidal fresh portion of the Chester River at 48,372% (the percentage of the goal attained is so high due to a very small segment restoration goal); and the upper portion of the Big Annemessex River at 112%. An additional three river segments in Maryland reached 75% or more of their restoration goals, including the Northeast River, the Severn River, and Mattawoman Creek.

About 17 species of underwater grasses are common throughout the Chesapeake Bay and are distributed primarily based on their salinity tolerance. Most species – more than a dozen – are found in the less salty and freshwater regions of the upper bay and tributaries. In the moderately salty waters of the mid-bay, only about four species of grasses are commonly observed; and in the saltiest regions of the lower bay, only widgeon grass and eelgrass are found.

“It is vital that Marylanders continue to protect and restore underwater grasses because of their importance to people and nature,” said Becky Raves Golden, Living Resource Assessment Program Manager for the Maryland Department of Natural Resources. “Underwater grasses not only provide critical habitat, they offer many economic and social benefits which help us adapt to future changes, buffer the impacts of climate change and help build coastal resilience.”

The 2019 distribution of SAV in the Chesapeake Bay and its tributaries was mapped during the baywide annual aerial survey conducted by the Virginia Institute of Marine Science, using multispectral digital photography. Images were acquired between May and September 2019, with a resolution of 24 centimeters, encompassing 193 flight lines.