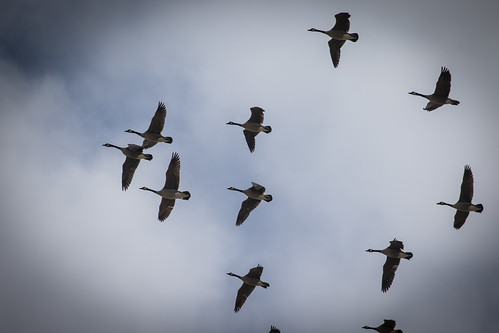 In early January, aerial survey teams of pilots and biologists from the Maryland Department of Natural Resources made visual estimates of the ducks, geese, and swans along most of the state’s Chesapeake Bay, Potomac River, and Atlantic coast shorelines. This year, the teams counted about 627,000 waterfowl, which was higher than the 566,300 birds observed during 2019, but lower than the five-year average of 738,440 birds.

“The abundance and distribution of wintering waterfowl is influenced not only by the annual changes in population size, but also the weather conditions during migration and throughout the winter,” said Wildlife and Heritage Director Paul Peditto. “Moderate winter weather up and down the east coast has allowed most waterfowl species to remain spread out across Maryland and our surrounding states.”

The Midwinter Waterfowl Survey has been conducted annually since the early 1950s and covers most of the tidal shoreline and near-shore waterfowl habitat in Maryland.