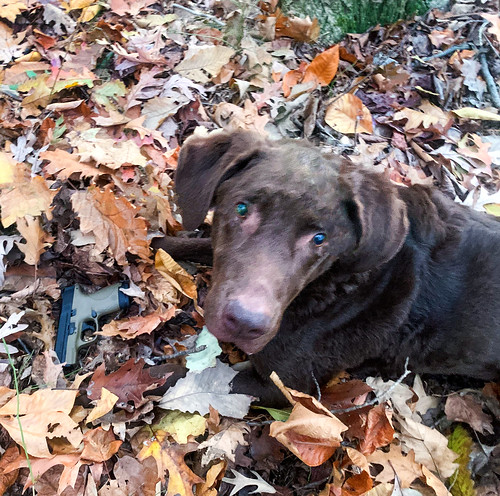 On Nov. 25, officers responded to a report of deer stands and bait within the park. With the help of a tip, they located three subjects, including Richard Brown Sr., 38, near an ATV at the hunting site.

According to the police, Brown stated that he was not hunting and that he received permission to drive his ATV. Police say they found blood on Brown’s ATV and on an arrow within his truck. Officers also found hunting equipment and supplies, including deer stands and two bags of corn from Bass Pro Shops, in Brown’s vehicle.

K-9 Ruckus was deployed to search the area, and he located a loaded handgun on the opposite side of the ATV trail where Brown was originally located. According to police, Brown admitted to hunting at the site and shooting a deer two weeks earlier. Police say Brown also admitted to throwing the loaded handgun as police approached him, as well as removing two memory cards from a trail camera that was monitoring the site.

Brown was charged with 17 violations on a court summons, including hunting where not permitted, having a weapon in a state park (and other weapons charges), hunting with the use of bait, ATV use on public land, trespassing, littering, and theft.

Brown is scheduled to appear in court at a later date. The two other subjects have not been charged in the incident. Anyone with information related to this case or others is encouraged to contact the Maryland Natural Resources Police Tip Line at 443-433-4112.