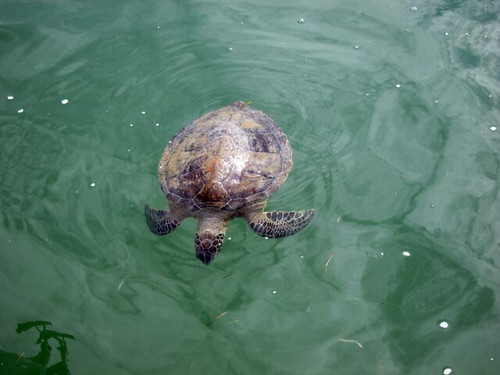 Cold-stunning can also be lethal to marine mammals such as the Florida manatees. While rare, some manatees will trek northward into the Chesapeake Bay during the summer months and stay until fall. As with sea turtles, cold snaps can cause severe hypothermia in manatees and could even be fatal. Last year alone, marine animal rescue organizations responded to nearly 1,000 cold-stunned animals along the east coast.

“Cold-stunning to sea turtles and marine mammals can occur from late October to early winter,” said Amanda Weschler, coordinator of Maryland’s Marine Mammal and Sea Turtle Stranding Response Program. “While cold-stunning is a natural occurrence, it’s very important to report any sightings to the department.”

Anyone who sees an unresponsive or lethargic sea turtle or marine animal in the water or on the beach should call the Maryland Marine Mammal Stranding Hotline at 800-628-9944. The hotline is manned year-round, 24 hours a day.