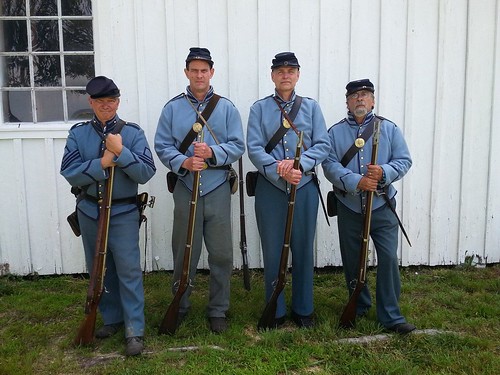 Costumed interpreters representing the time periods of the French and Indian War, American Revolution, The War of 1812, the Civil War, and World War II will present displays showing how those conflicts affected Point Lookout and St. Mary’s County. The program will also include small arms and artillery firing demonstrations, and tours of the parks’ historic Civil War sites.

Point Lookout is a peninsula where the Potomac River meets the Chesapeake Bay, and the viewpoint from this strategic location made it a pivotal place during the Civil War. In the early 1860s, the site housed a military fort, Hammond General Hospital, and Camp Hoffman – where as many as 52,264 prisoners of war were held.

The event is hosted by Friends of Point Lookout Inc. More information is available by calling 301-872-5688​​, or emailing Bob Crickenberger at crickenberger@comcast.net.