First Out-of-State Deployment of the Season 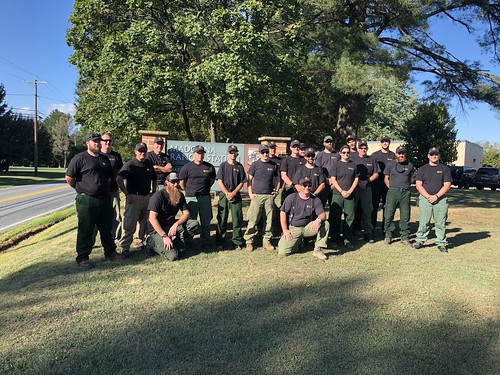 Maryland has assembled and mobilized a crew of wildland firefighters to help battle ongoing wildfires in northern California as part of a cooperative agreement with the U.S. Department of Agriculture Forest Service. It’s the first out-of-state deployment for a Maryland crew this season.

The 20-person crew assembled this weekend at the Madonna Ranger Station in Harford County and is departing from Harrisburg, Pa. today along with four other crews from the Mid-Atlantic region. The crews will receive their assignments upon arrival at a staging area in Redding, Calif.

The crew, MDS1, consists of 15 representatives from the Maryland Department of Natural Resources – nine from the Maryland Forest Service, four from the Maryland Park Service (including one retired employee) and two from the Wildlife and Heritage Service. Additionally, there are four crew members from volunteer fire companies, and one is a former Maryland Conservation Corps member.

The department is also sending an employee this week to serve as a division supervisor at the Lime Fire in Klamath National Forest in northern California.

Maryland has participated in mobilizing certified, equipped, and fully-trained wildland firefighters since 1974.