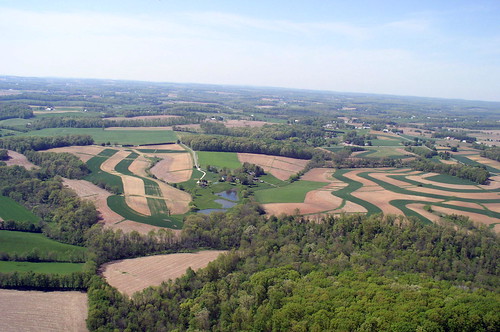 Four centuries ago, Captain John Smith discovered the Chesapeake Bay and its surrounding region of thick forests, fertile valleys, serene rivers, rolling mountains, lush marshes and sandy beaches. Smith’s view of this “delightsome land” has since been transformed by four centuries of growth and development.

Among the earliest land conservation efforts in Maryland was the gift in 1906 from brothers John and Robert W. Garrett to the state of 1,917 acres of mountain woodland in Garrett County. That property is now part of the Potomac-Garrett State Forest near Swallow Falls. The Garretts conditioned their gift on the state’s willingness to maintain the land in its natural state. Further, they requested that a forestry service be established for the protection of woodlands and the general advancement of forestry. Accordingly, the 1906 session of the General Assembly created the State Board of Forestry, officially beginning the open space movement in Maryland. For the first time, the government of Maryland elected to protect land by owning it.

During this same time, President Theodore Roosevelt’s administration was establishing a national profile for the conservation ethic. The notion of America as a land of inexhaustible resources had begun to fade and concern over the destruction of our environment, which fueled much of the nation’s industrial history, was a national issue. The movement to reclaim, restore, protect and preserve natural areas was growing.

The gift of the Garrett lands, in the context of an increasing national awareness of the need for conservation, brought recognition in Maryland that government must share a responsibility for the land it governs as well as the people who occupy it. In 1907, the state received another donation – the original 43 acres of what was then known as Patapsco State Forest. Today, this land is part of Patapsco Valley State Park, one of Maryland’s most popular parks.

The coming decades saw increasing momentum in Maryland’s open space and conservation movement with the creation of the State Game and Inland Fish Department, establishment of the first wildlife refuge and purchases of additional forest lands. During the Great Depression, the federally sponsored Civilian Conservation Corps was active in the state. A major acquisition for parks and recreation came through the transfer of land that the federal government had obtained through the land utilization program of the National Resettlement Administration to the states. This federal program, which was implemented during the Depression, was used to buy farmland of marginal value; these lands were developed as forests and recreation areas and then deeded to the states. Savage River State Forest and Pocomoke State Forest both include lands obtained from the federal government under this program. 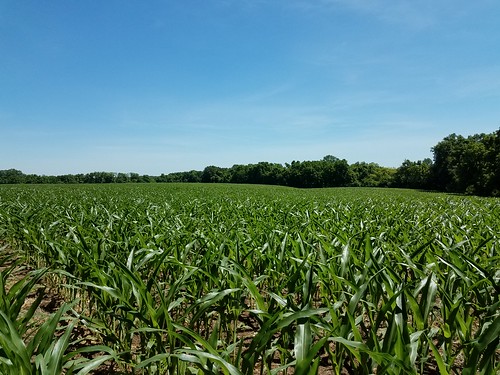 When World War II ended, an era of new prosperity and increased leisure time began. This created a surge in demand for recreational facilities in Maryland and across the nation. At the federal level, the Land and Water Conservation Fund was established in 1965, directing funds to the states for the exclusive purpose of planning, buying and developing outdoor recreational opportunities. As acquisition and development of recreational facilities accelerated through the 1960s, demand for Maryland state parks was greater than could be accommodated.

In 1968, the Outdoor Recreation Land Loan Act was enacted by the General Assembly, creating a one-year program spread among the local governments of Maryland for the sole purpose of buying open space. That same year, Senate Joint Resolution No. 75 was adopted, calling for the appointment of a legislative committee to consider the creation of a program to expedite the purchase and development of outdoor recreation lands. The committee recommended that the state greatly increase the pace of land acquisition to address the deficit in available open space lands. This effort would be funded by a combination of general obligation bonds, a transfer tax and land sales. The bill creating Program Open Space became law in July of 1969 – at the same time that the Department of Natural Resources was established.

Maryland’s Program Open Space marks its 50th anniversary this year. With one half of one percent of the tax on every real estate transfer directed to the funding of both state and local open space and recreational development efforts, Program Open Space is a model for land conservation across the country. The idea behind the transfer tax was that the person who buys a home or other property for private use has hastened the decline in available open space land. By paying the tax, that same person helps support acquisition of land to be used and enjoyed by the citizens of Maryland in perpetuity. 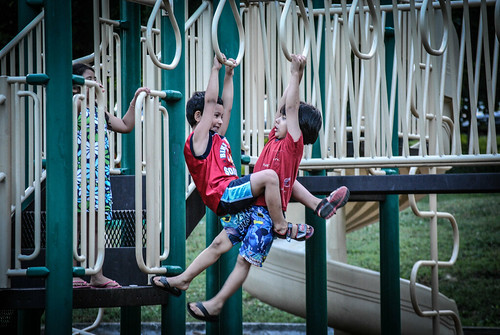 The success of Program Open Space can be seen in the thousands of public parks and recreational facilities provided on both the state and local levels, and the partnerships established with local governments and their constituents. Nearly every Marylander has access to a public park, recreational area or open space within 15 minutes of their home. The ever-increasing attendance rate at these public parks and recreational facilities is an indication that Program Open Space is needed now more than ever. As we celebrate the anniversary of Program Open Space, we salute the forward-looking legislators who helped establish the program 50 years ago.

Article by Katie Gaver, Margaret Lashar, Stacy Schaefer and Cheryl Wise with the department’s Land Acquisition and Planning Unit. Appears in Vol. 22, No. 3 of the Maryland Natural Resource magazine, summer 2019.