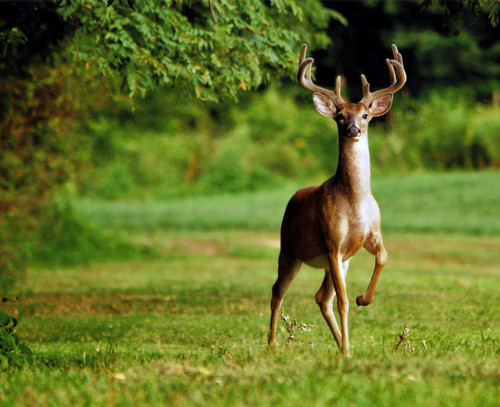 The Maryland Department of Natural Resources announced that archery hunting for white-tailed and sika deer opens statewide Sept. 6, and continues through Jan. 31, 2020.

For the 2019-20 season, the statewide bag limit for white-tailed bucks is two deer (no more than one per weapon season). Maryland hunters in Region B (the state’s central, southern, and eastern regions) have the option to take one additional bonus buck after purchasing a Bonus Antlered Deer Stamp. The antlerless deer bag limits differ between deer management regions. In Region B the antlerless archery limit is 15.

An antler-point restriction remains in effect. Deer hunters may harvest one antlered white-tailed deer within the yearly bag limit that does not meet the requirement of having at least three points on one antler. Any additional antlered deer taken within the established bag limit must meet the minimum point restriction. Licensed junior hunters and apprentice license holders, 16 years of age or younger, are exempt from this restriction.

Multiple Sundays are open to archery hunting in most counties, including on some public lands.

“Archery hunting continues to play an important role in deer management in Maryland,” Wildlife and Heritage Service Director Paul Peditto said. “It is particularly valuable in urban and suburban areas where hunting with firearms isn’t feasible. In some counties, more deer are harvested with archery equipment than with firearms and muzzleloaders.”

Hunters should carefully inspect all tree-stands and always wear a full-body safety harness while in the stand and while climbing in or out. The department strongly recommends using a sliding knot, commonly known as a prussic knot, attached to a line that is secured above the stand that allows the hunter to be safely tethered to the tree as soon as they leave the ground.

Maryland hunters are encouraged to donate any extra deer they may harvest to Farmers and Hunters Feeding the Hungry. Last year, the program provided more than 650,000 venison meals to community food banks and other efforts.