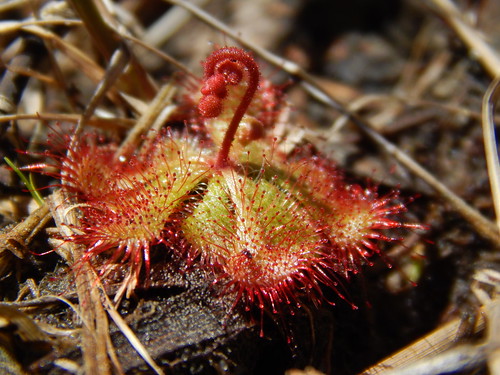 Botanists from the Maryland Department of Natural Resources and The Nature Conservancy recently confirmed the discovery of a new plant species in Maryland — the dwarf sundew (Drosera brevifolia). Local volunteer botanist Chase Howard discovered and reported the plant growing in open areas with wet, peaty sand in Worcester County.

This is the first record of this species growing in Maryland. Prior to this discovery, Virginia was the northern range limit.

Dwarf sundew is an insectivorous plant with a unique way of catching its prey. The paddle-shaped leaves of the sundew form a rosette at the base and are densely covered with hairs that exude a clear, sticky liquid, which attracts and traps various kinds of insects. It then uses the nutrients from the prey animals as fertilizer. 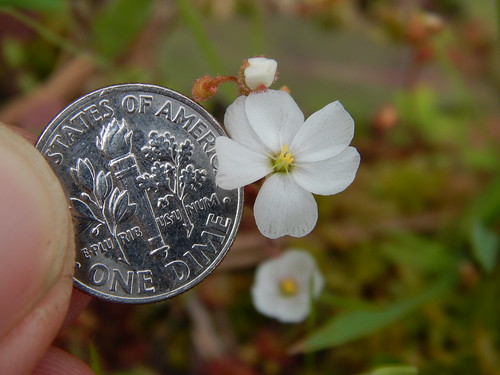 “This clever plant has adapted to life in very nutrient-poor environments,” Maryland Department of Natural Resources community ecologist Jason Harrison said. “Discoveries like this continue to show that we’re not done learning about Maryland’s biodiversity.”

Dwarf sundew is now the smallest of four sundew species known to Maryland. One of the more common sundews is Spatula-leaved sundew (Drosera intermedia), which is known to exist in open wetlands in southern and eastern portions of the state. Two other sundews, Pink sundew (Drosera capillaris) and Roundleaf sundew (Drosera rotundifolia), are much more rare and usually found in very acidic wetlands with peaty soils.