Alerts Will Advise of Fishing Conditions 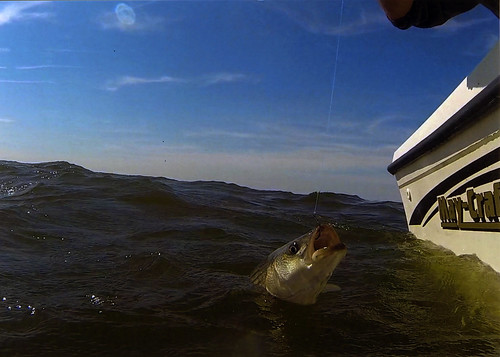 The Maryland Department of Natural Resources is launching a new awareness campaign to reduce striped bass mortality during the summer fishing season. A color-coded recommendation system will advise of fishing conditions, allowing anglers to plan their striped bass fishing trips up to seven days in advance.

Seasonal high water and air temperatures as well as low oxygen can cause fish to become sensitive and stressed, with increased mortality during catch-and-release fishing. Larger striped bass – 24 inches or larger – have the most difficulty with these conditions.

The department will monitor temperature forecasts and announce a general recommendation each day during the months of July and August, using the following advisory system:

Announcements will be sent through department emails and social media postings. A weekly forecast will also accompany the Maryland Fishing Report each Wednesday, allowing anglers to plan their fishing around these recommendations.

Maryland continues to address the most pressing problem facing the Chesapeake Bay’s striper population: the significant volume of “dead discards” in the recreational fishery, where many striped bass are caught and released, but do not survive when they are returned to the water.

As a reminder, non-offset circle hooks are required to be used in the Chesapeake Bay and its tidal tributaries, regardless of targeted species, from May 15 through December 15 when live-lining, chumming, or chunking. Live-lining is the use of any live fish, such as a minnow, bluegill, or spot, as bait on a hook. Chumming or chunking is placing fish, parts of fish, or other natural or manmade attractants in the water, not attached to a hook, in order to attract fish to a particular area. When using cut bait, crabs, worms, or other types of bait, a non-offset circle hook or a J hook must be used.

The department further encourages all anglers to do their part by implementing voluntary conservation measures, including handling fish more carefully and reducing the number of fish they catch and later release. The department has several recommendations and resources, including new videos, available online for easy reference.