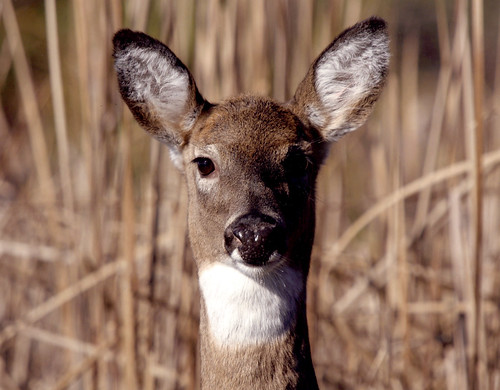 The Maryland Department of Natural Resources reported today that deer hunters harvested 77,382 deer during the combined archery, firearms and muzzleloader seasons, from Sept. 7, 2018, through Jan. 31, 2019.

The statewide harvest included 29,699 antlered and 44,249 antlerless white-tailed deer; and 1,609 antlered and 1,825 antlerless sika deer. The harvest was 11 percent lower than the 2017-2018 total of 86,542 deer, as multiple rain and ice events on key Saturdays limited success for hunters this season.

Although the total harvest was down, the number of antlerless deer taken this year represented 60 percent of the overall harvest. Also, the statewide harvest of button bucks was down 25 percent this year, an important outcome for future buck hunting opportunities in Maryland.

“Poor weather dampened success on prime Saturdays, especially during the firearms season this year,” Wildlife and Heritage Service Director Paul Peditto said. “However, the addition of Sunday hunting in several counties offered an alternative day to effectively fill the gap for hunters and farmers who are often limited to weekend hunting days only. Nearly 8,500 deer were taken on Sundays this season, up nearly 20 percent from prior year Sunday hunt totals.”

The harvest in deer management Region A (Western Maryland) decreased three percent, from 10,003 deer last year to 9,705 this year. Hunters in these counties reported 5,608 antlered and 4,097 antlerless deer.

Frederick County led the harvest totals again this year with 6,545 deer, followed by Carroll County with 5,421 and Garrett County at 4,973. Washington and Baltimore counties rounded out the top five with 4,620 and 4,604 deer, respectively.