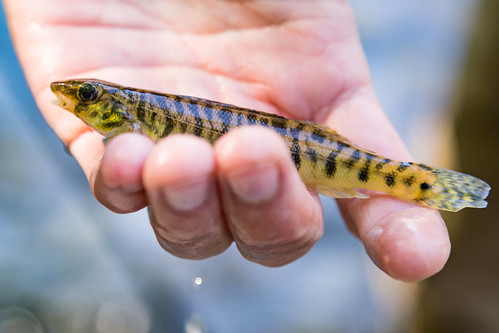 The Maryland Department of Natural Resources is part of a team of conservation agencies that was awarded a federal competitive State Wildlife Grant over the next two years to work toward the recovery of Chesapeake logperch in the Susquehanna River basin.

The Chesapeake logperch, a relative of darters and yellow perch, is currently only found in the Susquehanna River basin. In the past 80 years, its global range has diminished by more than 50 percent as the species has disappeared from the Potomac River basin and parts of the Susquehanna River basin. To survive, the logperch needs streams with silt-free gravel, as it feeds on aquatic invertebrates by flipping stones with its nose.

“This effort is a great example of teamwork among department experts in fisheries, stream health assessment and wildlife, and our partners working to protect Chesapeake Bay, our rivers and wildlife,” Maryland Natural Resources Secretary Mark Belton said. “I commend the work of this team and thank our federal partners for their recognition and resources.”

The Chesapeake logperch was specifically targeted for funding because the U.S. Fish and Wildlife Service identified it as one of a few species in the region where implementing conservation measures could potentially preclude it from listing under the federal Endangered Species Act. The department will receive nearly $40,000 over two years for this project.