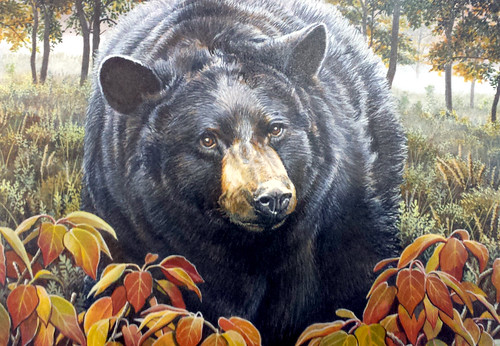 Official results reported by the Maryland Department of Natural Resources show that 135 hunters harvested a bear during the five-day hunt held in Allegany, Frederick, Garrett and Washington counties. Several large bears were taken throughout the hunt; bears weighing more than 400 pounds were taken in each county.

The largest bear taken weighed 575 pounds, and was harvested in Washington County by Robert Marks of Clear Spring.

“We are pleased with another successful bear hunt and view it as further evidence the department is managing the state’s black bear population effectively,” Wildlife and Heritage Service Director Paul Peditto said. “With such an expanding and healthy bear population throughout western Maryland, this hunt is an essential management tool.”

For only the third year, hunters were allowed to harvest bears in all four western counties.