Freshwater Mussels Return to the Patapsco 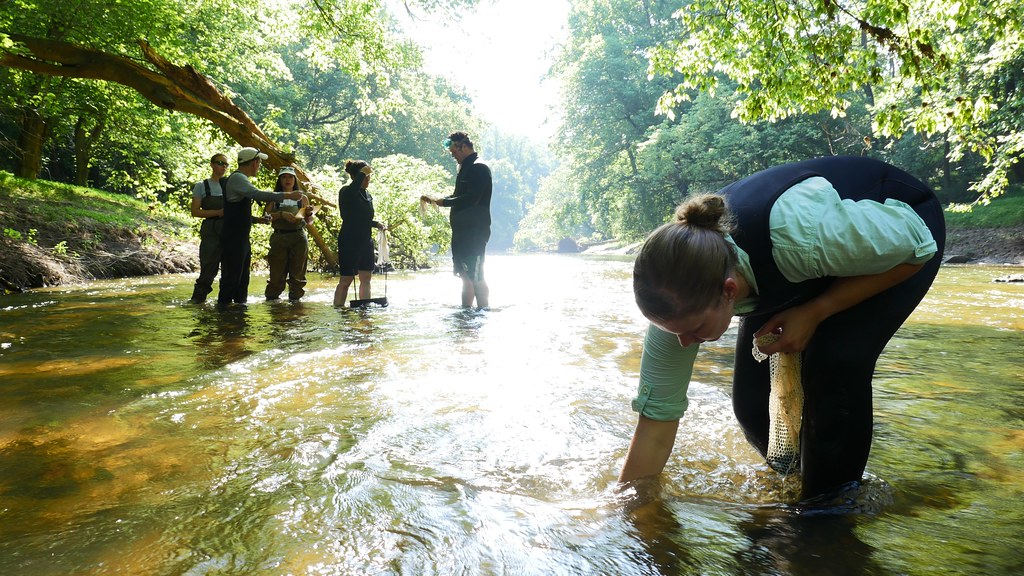 Freshwater mussels have been absent from the Patapsco River for decades. Now thanks to the collaborative efforts of the Maryland Department of Natural Resources and U.S. Fish and Wildlife Service, hundreds of mussels have returned to this scenic Maryland river.

Over the span of a few days hundreds of individual mussels have been given unique identification numbers and radio tags then carefully placed – one-by-one – into the silty bottom of the Patapsco River in Howard County.

In time, it’s expected these transplanted mussels from Harford County will reproduce naturally in the waterway. They’ll be joined next year with a new batch of juvenile mussels that are currently being cultivated at the Joseph Manning Hatchery in Charles County.

“In the course of a few years we really hope we have a naturally producing population of freshwater mussels,” Biologist Matt Ashton said. “Healthy mussel populations can filter thousands of gallons of water a day, which would be a valuable asset to the health of the Patapsco and Chesapeake Bay.”

Unlike oysters, freshwater mussels have a complex reproductive cycle. Their larvae must temporarily attach to a fish or eel before they mature. The species found in the Patapsco use the American eel as their host.