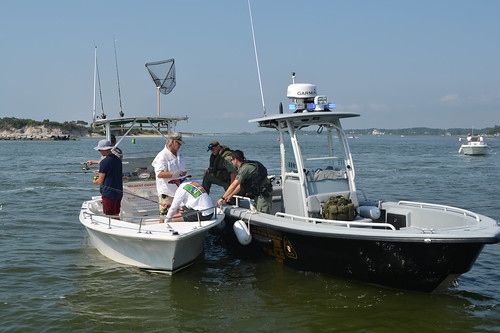 This year, the Fourth of July celebration falls midweek, giving many people an extended holiday. The goal over the next few days for the Maryland Department of Natural Resources is simple: fewer boating accidents.

The game plan is direct: the Natural Resources Police will be going all-out on the state’s waterways, from Deep Creek Lake to the Atlantic Ocean, to ensure an enjoyable and safe boating experience.

“Maryland offers world-class boating and paddling opportunities, but being responsible on the water can mean the difference between life and death,” Maryland Natural Resources Secretary Mark Belton said. “By using common sense and following the rules and guidelines designed and enforced to keep you and others safe, everyone can help make this a happy and safe holiday.”

Historically, July and August account for about half of Maryland’s annual total of boating accidents. So far this year, Maryland has recorded 11 boating fatalities, two more than for all of 2017. Only one of the 11 victims was wearing a life jacket.

“We want to use this time to set the tone for the rest of the season,” Natural Resources Police Superintendent Col. Robert K. “Ken” Ziegler Jr. said. “Our officers will be working extended patrols, often with the U.S. Coast Guard, to target reckless and negligent boaters and those whose judgment is impaired by alcohol or drugs.”

This holiday period began last weekend with Operation Dry Water, a nationwide campaign to curb alcohol- and drug-impaired boating. Nine boaters were arrested for operating under the influence, down two from last year. The highest blood alcohol level among those was 0.22, nearly three times the legal limit. Officers issued 181 tickets for other violations, 494 written safety warnings and conducted 1,905 vessel safety checks.

The Maryland Department of Natural Resources urges boat operators to take several simple steps to ensure the safety of themselves, their passengers and those in other vessels: