Every Tree Makes a Difference 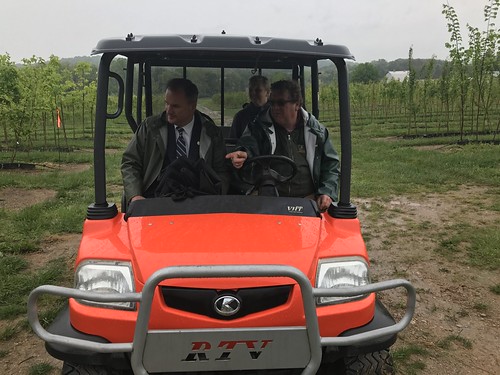 In Maryland, Arbor Day is the first Wednesday in April, which will be April 4 this year.

Nebraska was the first state to officially adopt Arbor Day in the 1870s. Over time more states saw the importance of encouraging tree-planting and began adopting their own day, with dates usually varied by optimal planting times.

An urban legend says Maryland’s General Assembly additionally picked an earlier date in April so Arbor Day would occur during their session. Perhaps as a nod to that, every Arbor Day the Maryland Forest Service sneaks tree seedlings into the chairs of Maryland’s elected officials before they start work that day.

And while Nebraska has bragging rights as the creator of Arbor Day, Maryland can boast that we are the only state to have passed its own Forest Conservation Act. Since its passage more than two decades ago, Maryland’s tree coverage has remained largely stable, with about 2.7 million forested acres, ranging in shape and size.

We exceed the current policy’s tree canopy requirement by a considerable margin. The law established a policy of “no net loss” of tree coverage – defined as 40 percent of all land in Maryland being covered by trees, including both small blocks of trees as well as larger contiguous blocks of forest. In Maryland, we have 51 percent of tree coverage.

The bottom line is that every tree planted is important. Throughout the month, the Maryland Department of Natural Resources and our partners will participate in dozens of community activities and events to plant hundreds, if not thousands, of trees across the state.

So no matter what the calendar says, every day you plant or appreciate a tree is Arbor Day!