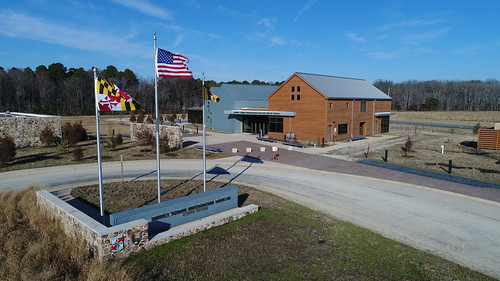 The Maryland Park Service is celebrating the first anniversary of the Harriet Tubman Underground Railroad State Park and Visitor Center in Dorchester County March 10 and 11, from 9 a.m. until 4 p.m.

Special events are planned throughout the weekend, along with the debut of new audio-visual exhibit enhancements and a fully-stocked research library, dedicated to telling the story of the fabled American abolitionist and hero, born and raised in Maryland.

A complete schedule of special anniversary events and programs is posted online, along with an informative new video about this world-renowned facility.

The Harriet Tubman Underground Railroad State Park and Visitor Center – opened March 10, 2017 – has hosted more than 100,000 visitors from 70 countries and territories and all 50 states. It is a state-of-the-art green facility managed in partnership with the National Park Service.

It houses an exhibit hall, immersive displays, a gift store and an information desk. Admission is free.