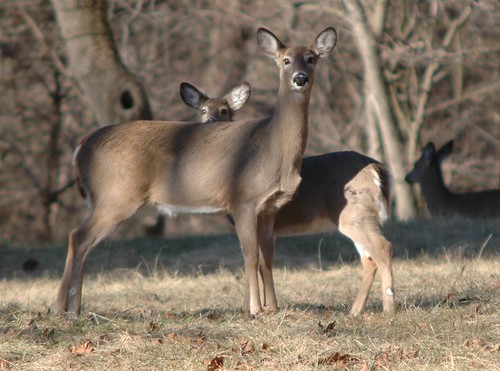 The Maryland Department of Natural Resources has received laboratory confirmation that 10 white-tailed deer sampled in Allegany and Washington counties tested positive for chronic wasting disease, a neurological disease found in deer and elk.

All of the positive samples came from within the existing Chronic Wasting Disease Management Area.

“While chronic wasting disease continues to spread, both regionally and nationally, it still only affects a small percentage of deer in western Maryland,” Wildlife and Heritage Service Director Paul Peditto said. “In the interest of managing the deer resource for all Marylanders, department staff will continue to work diligently to document and monitor the presence of the disease.”

The department has sampled for chronic wasting disease since 2002, and more than 9,600 deer have been tested to date. A total of 749 Maryland deer were tested during the 2017-2018 season, mostly from Allegany, Garrett and Washington counties.

Concerns about chronic wasting disease should not stop anyone from hunting deer or enjoying venison. Research suggests the disease cannot be naturally transmitted to humans. However, as a general safety precaution it is recommended that hunters avoid consuming the meat of sick animals as well as the brain, lymph nodes or spinal column of any deer — all of which are normally removed during the butchering process.