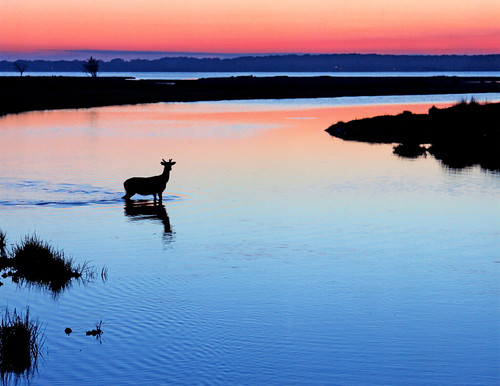 The Maryland Department of Natural Resources announced today that hunters harvested 86,542 deer during the combined archery, firearms and muzzleloader seasons, from Sept. 8, 2017, through Jan. 31, 2018.

“Nearly 10 percent of the total harvest occurred on Sundays, a remarkable number given the limited number of Sunday hunting days available, and the fact that three of our highest deer density counties did not have Sunday hunting opportunities.”

The harvest in deer management Region A (Western Maryland) increased 18 percent, from 8,490 deer last year to 10,003 this year. Hunters in these counties reported 6,237 antlered and 3,766 antlerless deer.

Frederick County led the harvest totals again this year with 7,354 deer, followed by Carroll County with 5,896 and Baltimore County at 5,559. Garrett and Montgomery counties rounded out the top five with 5,349 and 4,783 deer, respectively.

Several counties on the Eastern Shore, including Caroline, Dorchester and Talbot, saw declines that were likely related to an outbreak of Epizootic Hemorrhagic Disease. The virus is carried by biting midges and can spread quickly through localized deer populations. While deer numbers may be lower in these areas in the short term, the population is expected to rebound quickly in the coming years.