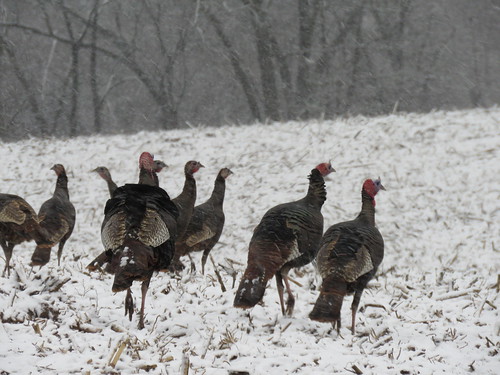 Turkeys were harvested in 22 of the 23 counties, with St. Mary’s, Dorchester, Garrett and Washington counties reporting the highest numbers, according to the Maryland Department of Natural Resources.

Adult males (toms/gobbler) comprised 37 percent of the harvest with the remainder being females (hen) and juveniles (jake/jenny). Eighty-three percent were taken with a shotgun, but some hunters harvested their bird with a cross or vertical bow.

This harvest was lower than the record 109 birds taken last year but higher than the 61 birds taken back in 2016. The winter turkey season was established in 2015 to provide hunters an additional hunting opportunities that does not conflict with other hunting seasons.

Turkey populations at one time were limited in Maryland. In the 1980s and 1990s, an extensive department program to trap and relocate wild flocks successfully established populations in every county.