A Watershed Year for the Chesapeake Bay 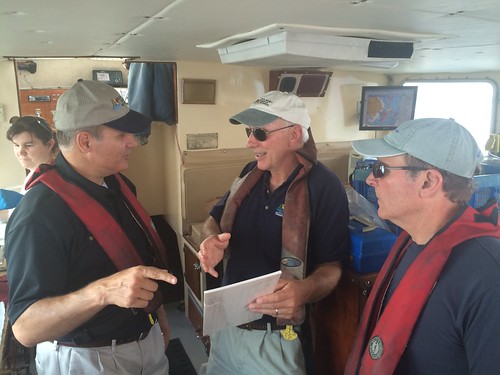 When this year began, I knew it held great promise for the future of our most precious natural resource and treasure, the Chesapeake Bay. Maryland is committed to protecting and restoring the nation’s largest estuary, and I’m pleased to say this year we’ve seen strong signs of progress.

Earlier this year, University of Maryland Center for Environmental Science experts gave the bay a “C” grade (54 percent) in their annual report card, which uses Maryland Department of Natural Resources data. That’s one of the highest scores calculated since this respected index on bay health began. In the same report, fish populations greatly improved to an “A” (90 percent). Importantly, the habitats for these species is also improving, according to key reports also released in 2017.

Dissolved oxygen in the water is an important indicator for crabs, fish, oysters and other aquatic organisms that are bellwethers of overall water quality. Our monitoring of the bay and its tributaries show that 2017 had the second-smallest Chesapeake Bay hypoxic volume (dissolved oxygen concentrations below two milligrams per liter) since we began gathering this data in 1985.

Underwater grass abundance – another key indicator of improving water clarity and quality – increased for the fourth straight year in our portion of the Chesapeake Bay, reaching a record of 59,277 acres. This represents a 10 percent increase year-over-year and exceeds our restoration goals a year ahead of schedule. Satellite image of the Chesapeake Bay, provided by NASA

These are positive signs, but more work needs to be done.

With help from our watershed partners, we are pursuing the goals of the Chesapeake Bay Watershed Agreement. In fact, Governor Larry Hogan hosted the 2017 annual meeting of the Chesapeake Executive Council of the Chesapeake Bay Program, where he was elected chair. During the meeting, the council signed a resolution reasserting its support for the innovative regional partnership and supporting continued federal funding to enhance, preserve and restore the bay.

We’re making such great strides in our environment and natural resources here in Maryland because we have citizens and communities that are engaged and passionate. Many of us have acted, advocated and sacrificed to protect our bay, and we’re finally seeing signs that those collective and unified efforts are reaping benefits.

As we enter 2018, it’s clear we are changing the bay for the better.