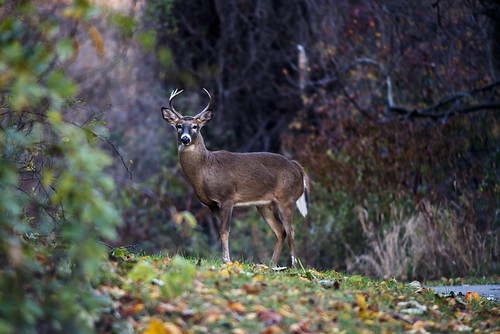 Maryland hunters wrapped up the early portion of the archery and muzzleloader seasons by harvesting an estimated 22,199 deer in September and October, an 11 percent increase from last year’s official harvest of 19,923.

The two-month harvest included 12,583 deer taken during the archery season (including 6,585 taken with vertical bows and 5,998 taken with crossbows) and 9,362 harvested during the October muzzleloader season. An additional 254 deer were reported during managed hunts. Hunters harvested 571 antlered and 563 antlerless sika deer as part of the total.

Turkey hunters reported taking 105 wild birds during the one week fall season that ended Nov. 4. The harvest was slightly lower than last year. Harvest numbers for each of three participating counties were: Allegany, 24; Garrett, 55; and Washington, 26.