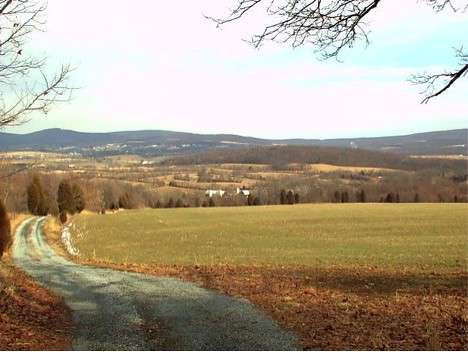 On the 155th anniversary of the Battle of South Mountain, Preservation Maryland announced ambitious plans to support and enhance Maryland Park Service efforts at the historic hillside battlefield.

With a $55,000 grant from the National Park Service’s American Battlefield Protection Program, Preservation Maryland will convene a consensus driven planning effort to guide future preservation efforts and to develop community support for the park and its resources. The plan will consider both land protection priorities as well as historic structures of significance, including the Hamilton Willard Shafer Farm in Burkittsville, one of Preservation Maryland’s 2016 Six-to-Fix projects.

Located in both Frederick and Washington counties, South Mountain State Battlefield’s historic landscape retains a high degree of integrity; however the sprawling battlefield, which covers three mountain passes, is also notoriously difficult to tour. The difficulty for visitors along with plans for future preservation efforts of landscapes and historic structures will also be addressed by the plan.

The majority of the publicly-owned portions of the battlefield are managed by the Maryland Park Service. These lands co-exist alongside thousands of acres still privately owned but protected by conservation easements. As a result, the Maryland Department of Natural Resources will play a lead role in the planning effort, along with regional and local partners in Frederick and Washington counties, including the Maryland Historical Trust, Heart of the Civil War Heritage Area, and Burkittsville Preservation Association. Nearby private property owners and interested citizens will also be encouraged to participate.

This planning effort is a component of Preservation Maryland’s broader campaign to support historic resources in Maryland’s state parks. Preservation Maryland Executive Director Nicholas Redding explained, “Our state parks protect fantastic and important historic places – like South Mountain State Battlefield – and we are thrilled to be in a position to help advance the cause of preservation at this park. We anticipate that this is the first of many projects we will be able to tackle in partnership with our friends in the Maryland Park Service.”

For more information about this state landmark, please visit the South Mountain State Battlefield webpage on the Maryland Department of Natural Resources website.