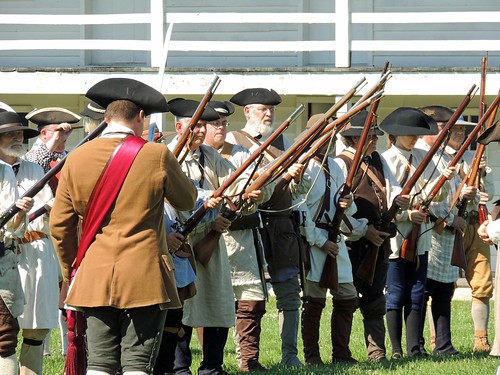 Fort Frederick State Park invites citizens to experience what life was like at the fort more than 250 years ago during Pontiac’s War, as it presents “Repair to the Fort” July 15-16.

Visitors will get a firsthand look at what life was like for Western Maryland settlers who came to the fort for refuge from the threat of attacks by Native American tribes in the summer of 1763. Living historians and staff will demonstrate musket firings, hearth cooking and military drills, as well as host talks on Fort Frederick’s role during Pontiac’s War.

This uprising occurred at the end of the French and Indian War, when a confederacy of tribes led by Ottawa Chief Pontiac attempted to reclaim native lands lost to the British. Attacks on British forts and settlements took place from Detroit to the Carolinas, including a number of skirmishes on the frontier lands of Maryland, Pennsylvania and Virginia.

“This historic program allows our visitors to travel back in time and participate in the daily activities performed by the militiamen and civilian refugees at the fort during this turbulent time in our history,” Ranger Rob Ambrose said.

Visitors to the park pay a service charge of $3 per vehicle for residents and $5 for nonresidents. Visitors should also be advised that disabled access is available, although most of the activities are on grassy areas.