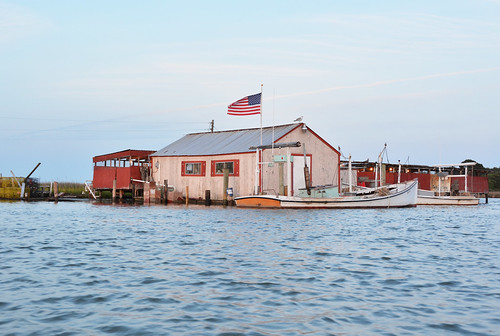 The U.S. Army Corps of Engineers, Baltimore District has opened a public comment period ending July 7 for an environmental assessment for a navigation improvement project at Rhodes Point in collaboration with Maryland Department of Natural Resources and Somerset County.

The Corps’ Baltimore District proposes to realign a portion of the federal navigation channel in Sheep Pen Gut through hydraulic dredging; construct two jetties to prevent shoaling in the channel and to reduce the continual need for dredging; and create a stone sill along the shoreline to prevent further erosion and contain the clean dredged material from the project. The construction contract is anticipated for award in late summer/early fall, if all necessary requirements are met.

“People living on Smith Island rely on channels for transportation to schools and the delivery of critical goods and services; the water supports their livelihoods,” said Col. Ed Chamberlayne, Baltimore District commander. “Severe erosion and shoaling have caused watermen to have to take inconvenient routes around Smith Island, increasing travel time and fuel costs. This project increases navigational clearance, so boaters don’t run aground due to shoaling, and it provides boaters from Rhodes Point and Tylerton with more direct access to the Chesapeake Bay.”

“Effective navigation is the lifeline to the citizens and communities of Smith Island, and Maryland is dedicated to assuring safe passage along the waterways,” said Mark Belton, secretary of the Maryland Department of Natural Resources. “This important federal, state and local project at Rhodes Point will bolster the crucial link between the mainland and Smith Island and provide for both greater protection from shoreline erosion and restoration of wetlands.”

While the project’s primary purpose is for navigation improvement, the project area will also benefit from wetland restoration and protection. Native vegetation will be planted on the placed dredged material behind the stone sill to restore or enhance about 5 acres of wetlands. In addition, approximately 10 acres of existing wetlands south of the federal channel behind the newly-restored acres will be protected.

“The county looks forward to working with the Army Corps and Maryland Department of Natural Resources on this important project for Smith Island residents,” said Randy Laird, Somerset County Commissioners president. “The proposed jetty project and a nearly-completed shoreline stabilization project will not only benefit all residents, including those living and working in Rhodes Point, Ewell and Tylerton, but also all of Somerset County, as we strive to preserve the island and its unique way of life for generations to come. We’re appreciative of the support we’ve received from federal and state agencies, including the Maryland Department of Housing and Community Development, and a special thanks goes to the island residents who have waited patiently for these projects to come to fruition.”

Baltimore District is accepting comments until July 7 on the draft environmental assessment, in compliance with the National Environmental Policy Act of 1969, as amended, that documents the proposed plan and environmental impacts associated with the project. Potential project impacts assessed as part of the environmental assessment include impacts to physical, chemical and biological characteristics of the aquatic and land ecosystems; air and water quality; endangered and threatened species; hazardous and toxic materials; aesthetics and recreation; cultural resources; and the general needs and welfare of the public.

The environmental assessment, along with other project information and maps, is housed on the project’s web page. In addition, physical copies are placed at Crisfield Public Library and Smith Island Cultural Center in Ewell.

Comments can be sent digitally to CENAB-CC@usace.army.mil. Comments will also be accepted via mail to the following address and must be postmarked by July 7, 2017:

Comments on the EA will be considered, compiled and placed in an appendix within the final report. Substantial comments will be addressed within the report, itself, and any changes made will also be annotated within the appendix.

This project is implemented through the Corps of Engineers Continuing Authorities Program (CAP), Section 107, which is for navigation improvements. The total project construction cost is estimated at approximately $9 million; it is cost shared 90 percent with federal money and 10 percent with non-federal money through Maryland Department of Natural Resources and Somerset County. CAP provides the Corps with the authority to solve a variety of water-resource problems in partnership with local sponsors without the need to obtain specific Congressional authorization. CAP allows the Corps to more efficiently plan and implement projects that are smaller, less complex and less costly.

If a contract is awarded, project construction and dredging would occur between November and April to meet environmental windows. The project would take roughly eight months to complete.