Fisheries Index Gets an ‘A’ at 90 Percent 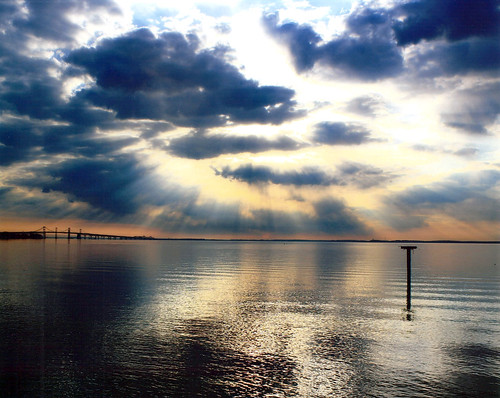 The overall health of Chesapeake Bay improved in 2016, a positive sign that recovery efforts are working. The largest estuary in the nation scored a C grade (54 percent) in the 2016 report card, one of the highest scores calculated by scientists at the University of Maryland Center for Environmental Science. In addition, fish populations greatly improved to an A (90 percent). Scientists are encouraged by these improvements in health despite many pressures on the Chesapeake Bay and across the watershed.

“We are happy to see that our beloved Chesapeake Bay continues its recovery. These scientifically rigorous report card results are telling us that we are indeed heading in the right direction,” said Bill Dennison, vice president for science application at the University of Maryland Center for Environmental Science. “We still have a long way to go to fully restoring the bay, so we need to have our diverse partnerships of people and organizations continue to work together to reduce the runoff of sediments and nutrients into the bay.”

The Fisheries Index is made up of blue crab, striped bass and anchovy indicators, which are ecologically, economically and socially important fish species in the Chesapeake Bay. This index, which increased greatly over the last year, tends to be more variable than the bay health index. The encouraging fisheries grade is an indicator of continued momentum in the recovery of the bay’s health. Sustained protection and restoration of the watershed by reducing nutrient and sediment pollution support healthy fisheries.

Most of the indicators comprising the Chesapeake Bay Health Index remained steady in 2016. The total area of the bay covered by aquatic grasses increased. This important habitat provides a home for blue crabs and striped bass. There were also improvements in seven bay regions, with the greatest improvements in the Patapsco and Back Rivers, Patuxent River, and the Lower Eastern Shore. The Patapsco and Back Rivers encompass Baltimore, an important urban center that has made great strides to reduce pollution and support the bay.

The University of Maryland Center for Environmental Science’s Integration and Application Network produces this report card annually to assess the health of Chesapeake Bay, and to enhance and support the science, management and restoration of its waterways. More information about the 2016 Chesapeake Bay Report Card including region-specific data, is available at chesapeakebay.ecoreportcard.org.

Our friends around the bay respond to the results:

Senator Ben Cardin, D-Md., Environment and Public Works Committee:
“Much of what’s now better in the Chesapeake Bay has been made possible because the federal government has been a strong and stable partner. But the gains in the bay’s health will disappear quickly if the federal government vacillates in its commitment to the nation’s largest estuary,” said Senator Cardin. “Congress soundly rejected the recently proposed cuts in federal funding to the Chesapeake Bay Program and related efforts because nearly every elected official in the watershed, regardless of political party affiliation, knows and appreciates what the bay provides us in economic activity, ecosystem services and recreational opportunities. But let the recent threats serve as a serious reminder: We must all continue working together to ensure that the government’s dedication to the Chesapeake Bay consistently accumulates and never deviates.”

Don Boesch, President, University of Maryland Center for Environmental Science:
“When I was a kid I often got report cards stating ‘capable of doing better work.’ Well, this report card shows that our better work is yielding positive results. But it’s not time to coast, we still have even better work to do to score the A of which we are clearly capable.”

Nick DiPasquale, Director, Chesapeake Bay Program:
“The 2016 Report Card again shows a steady improvement in a variety of ecosystem health indicators throughout the bay. Much of this improvement is the result of actions taken at the local level to upgrade wastewater treatment plants, and to control urban and agricultural runoff that improve local waterways as well as water quality in the bay. These improvements are accomplished by cooperation and collaboration at all levels of government and with the active participation and support of informed citizens.”

Ben Grumbles, Maryland Secretary of the Environment:
“Funding, science, and stewardship is essential to a cleaner and healthier Chesapeake Bay. The Hogan administration has invested $3 billion pollution reduction strategies and remains committee to the protection and restoration of Maryland’s national treasure.”

Mark Belton, Maryland Secretary of Natural Resources:
“Many Marylanders have taken action and made sacrifices to protect our treasured Chesapeake Bay. We’re seeing signs that those efforts are yielding benefits, and we remain fully committed to improving and enhancing the bay for this and future generations.”

Will Baker, President, Chesapeake Bay Foundation:
“There is clear consensus in the scientific community that the health of the bay is improving. The Chesapeake Bay Foundation’s (CBF) State of the Bay report, the Bay Program’s Bay Barometer, and now the UMCES Bay Report Card all show progress. All three reports, however, show that much more needs to be done. The recovery is fragile and the federal and state partners must accelerate their efforts, not retreat. Our health, local economies, and our legacy depend upon it.”