A West Virginia man has been arrested and charged in connection with a recent series of fires that damaged almost 58 acres in Green Ridge State Forest in Allegany County.

Brian Chad Twigg, 19, of Paw Paw, West Virginia, was arrested on a warrant Monday and ordered held on a $5,000 bond at the Allegany County Detention Center. Twigg is charged with three counts each of malicious burning in the first-degree, a felony, malicious destruction of property and maliciously setting fires.

Investigators were called to the scene of three fires that occurred March 23 near Malcolm Road, and April 3 and 4 near Kirk Road. They concluded the fires were suspicious in nature and traced the evidence back to Twigg.

A trial date has not been set. 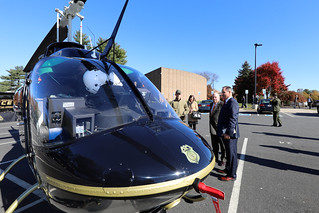 Last Saturday, officers set up surveillance near an area baited for turkey and issued a citation to Marlin Ray Lapp, 19, of Gordonville, Pennsylvania, for hunting turkey with the aid of bait.

On April 18 at 6 a.m., officers saw two men begin to hunt in an area baited for turkey near Preston. They issued citations to Terry Dixon Colby, 58, of Southington, Connecticut, and David Lloyd Fluharty Jr., 70, of Laurel, Delaware.

That same morning, officers conducting surveillance of an area near Wood Wharf Road saw a man walk into the woods and enter a hunting blind that over looked the bait.

Michael B. Steeken, 54, of Preston, received a citation for illegally hunting over bait.

All four men are scheduled to appear in Caroline County District Court June 9. If found guilty, the fine would be $500.

Jose Arnoldo Portillo Vasquez, 63, and Medrano Ernesto Isabet, 45, both of Reston, were seen catching fish and hiding them by two officers on surveillance.

They are due to appear in Dorchester County District Court July 19. If found guilty of all three charges, each man could be fined a maximum of $4,500.

Sergio “D” Martos 37, of Hyattsville, and Felipe Orduna Zamudio, 35, of Cheverly, each received citations for possession of undersized striped bass and possession over the legal limit. Zamudio also received a citation for fishing without a license.

They are scheduled to appear in Dorchester County District Court June 21. If found guilty, each man could be fined up to $3,000.