Chester River Could Be Designated This Year 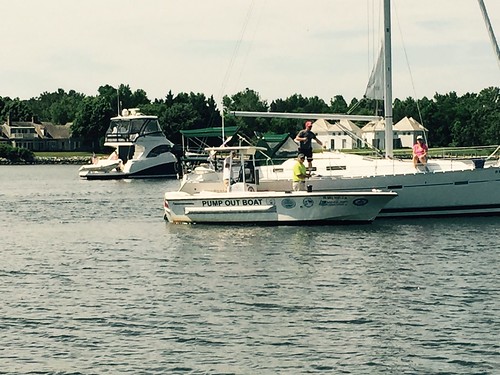 If approved, the river could be declared a no-discharge zone during the 2017 boating season.

“Providing better environmental protection through the designation of a no-discharge zone may help improve the health and quality of the water, and protect the important cultural, ecological and economical resources of the Chester River,” Center for Marine and Coastal Stewardship Program Manager Donna Morrow said.

The river is important to the Eastern Shore, providing jobs and revenue through boating, commercial and recreational fishing and tourism.

A no-discharge zone is an area of water in which discharge of treated sewage from Type I and II marine sanitation devices are prohibited. A small percentage of boats use these types of onboard treatment systems, which treat the waste to set standards before discharging it. Within a designated no-discharge zone, boat operators are required to hold their sewage onboard for disposal at a pumpout facility or out at sea (beyond 3 miles from the coast). Federal and state laws have prohibited discharge of raw/untreated sewage within 3 miles of the coast for decades.

The Chester River is classified as impaired by Maryland Department of Environment.