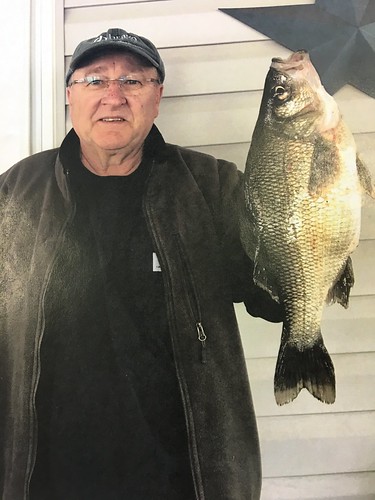 George Venker of Baltimore caught a white perch weighing 1.9 pounds at Loch Raven Reservoir in Baltimore County. The retired Bethlehem Steel worker said he fishes at the reservoir regularly and used a bottom rig and a nightcrawler to bring in his record catch, which measured 14.75 inches in length.

“At first I thought it was a catfish,” Venker said. “I’m really proud. I’m going back to see if I can an even bigger one.”

His historic catch broke the previous record of 1.6 pounds held by James Stiars of Bel Air since August 2016.

Anglers reporting a potential record catch should call 443-569-1381 or 410-260-8325. The fish should be immersed in ice water to preserve its weight until it can be checked, confirmed and certified.