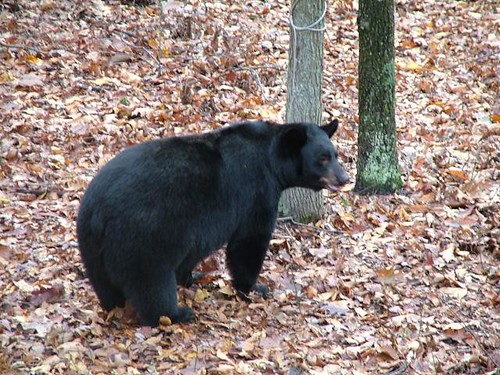 Black bears are starting to leave their dens after a long winter slumber in a search for food. With a scarcity of their natural food sources – plants, berries and insects – this early in the season, bears are particularly attracted to human-provided sources.

The Maryland Department of Natural Resources reminds residents of the state’s bear country to be proactive and exercise good judgment to avoid contact.

“Keeping bears wild is a community effort that benefits both them and us,” Wildlife and Heritage Service Director Paul Peditto said. “Using care to avoid attracting bears now will help keep them away throughout the year.”

The department urges residents to clean or remove anything outdoors that may smell like food, by taking a number of actions:

More information on living and camping in bear country is available here. Any bear-related issues or questions can be directed to 301-777-2136.