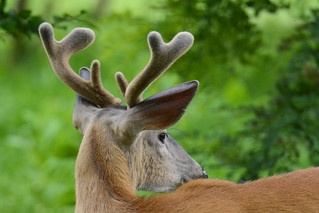 Five of the positive deer collected in 2016 were harvested by hunters in Allegany County during the statewide deer season and one was a road-killed deer collected near Cumberland during routine chronic wasting disease sampling efforts. The latest findings bring the number of positive cases in the state to 17 since 2011.

“Chronic wasting disease currently affects a very small percentage of deer in western Maryland,” Wildlife and Heritage Service Director Paul Peditto said. “Our staff will continue to work diligently to document and monitor the presence of this disorder.”

Concerns over the disease should not stop anyone from hunting deer or enjoying venison. There is no evidence that the disease can be transmitted to humans, livestock or other animals. It is recommended that hunters avoid consuming the meat of sick animals, as well as the brain, spinal column or lymph nodes of any deer — all of which are normally removed during the butchering process.

The Maryland cases appear to be from an outbreak that was found in West Virginia in 2005.  Since then, Virginia, Maryland and Pennsylvania have all had documented cases.

The department has intensively sampled for the disease since 2002 and more than 8,800 deer have been tested. The first confirmed case in the state was reported in February 2011. The 2016-17 sampling efforts were focused on Garrett, Allegany and Washington counties.