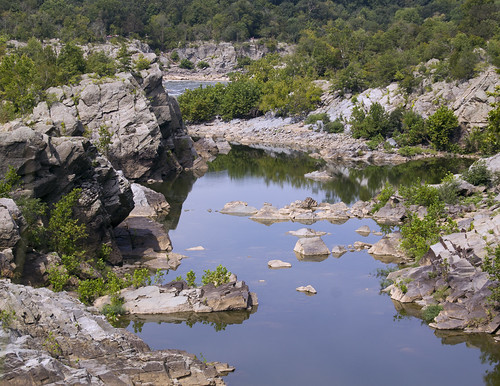 The state of Maryland has filed an appeal with the Commonwealth of Virginia calling for an official review of a recent Virginia Department of Environmental Quality decision to approve a coal ash water discharge permit for Dominion Virginia Power. That permit would authorize the release of potentially toxic pollutants into Quantico Creek and the Potomac River. The appeal will go before the Circuit Court for the City of Richmond.

“We look forward to working with Virginia on additional safeguards and monitoring protocols for the river. The Commonwealth has followed basic requirements and worked hard to include measures that will help but Maryland believes more can be done, particularly if our two states work together,” Secretary Grumbles said.

“Maryland’s Department of the Environment and Department of Natural Resources are focusing on metals in the ash, water quality monitoring in the river, where freshwater and saltwater are mixing, and additional measures for the closure of the ash ponds, including the types of protective liners and ground water monitoring wells,” added Secretary Grumbles.

Maryland called for the review to ensure that the discharge of pollutants from the Dominion Virginia Power plant, located at Possum Point, along Quantico Creek, does not adversely impact the sensitive ecosystem of the Potomac River watershed.

In January 2016, the Maryland Department of Natural Resources outlined its potential concerns with the Dominion permit in an eight-page letter detailing several serious points on the potential negative impact to human health and aquatic life, including the vast array of diverse fish species that live or pass through the river basin and the Chesapeake Bay.

“Any time we are releasing potentially toxic substances into the watershed, we need to ensure that we are doing our utmost to protect the ecosystem, the environment and – most importantly – human health, especially in the Chesapeake Bay watershed,” Natural Resources Secretary Mark Belton said. “We are confident that additional efforts by our two states working together will benefit the river and reduce any risks to the people, fish and wildlife that depend on its health.”

Maryland’s Office of the Attorney General provides the legal counsel and support to the Environmental and Natural Resources departments.

“Being good stewards of the Potomac watershed means taking extreme caution so that that untreated or improperly treated coal ash does not foul waterways,” Attorney General Brian Frosh said. “Any plan to dump waste in or near the river needs heightened scrutiny and rigorous analysis, and that is what this legal step is ensuring.”